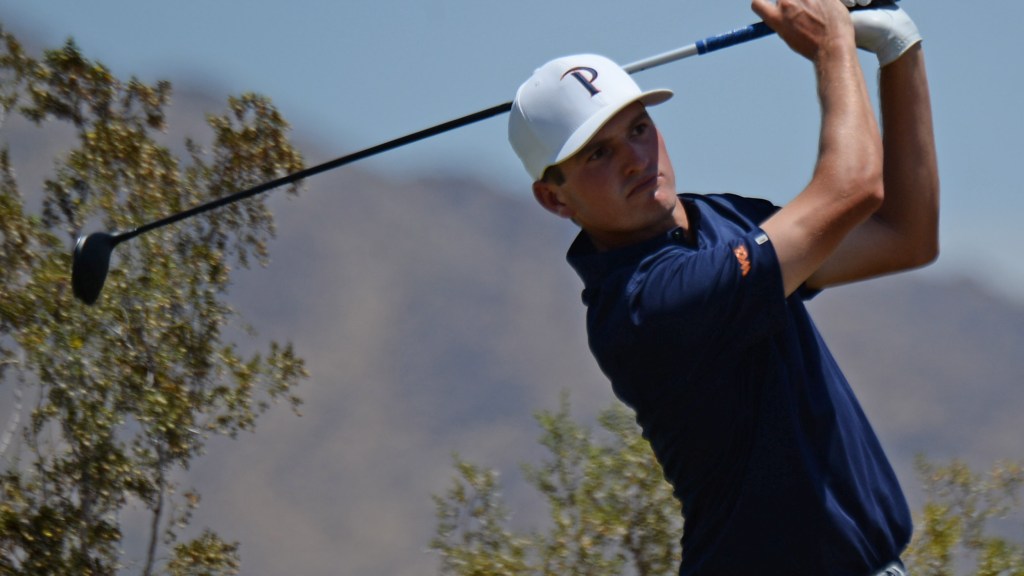 SCOTTSDALE, Ariz. — You get the feeling it just had to end this way for Pepperdine.

Needing one point to clinch the NCAA Division I Men’s Golf Championship for the second national title in program history and first in the match-play era, fifth-year senior Clay Feagler got his chance to etch his name in Pepperdine history (for the second time this week, but more on that later).

“It was win or bust today,” said Feagler. “I just played with nothing to lose and to be two down after 11 and basically find something within me to keep going and propel us to a win was nuts.”

The Laguna Niguel, California, native had two putts to win the match against Oklahoma freshman Ben Lorenz and delivered the first men’s golf title since 1997.

“I thought if I can just make par I was probably gonna win,” Feagler said of the situation. “I kind of had that putt earlier in the week in the practice round, I didn’t really feel anything. I just felt like the putts on 16 and 17 kind of propelled me to hit that one close on 18.”

“You look at all the all-time greats, when they retire they ended on their peak,” he continued. “To end college golf on this note is something I’ll remember forever.”

Throughout stroke and match play, head coach Michael Beard praised his super-senior, even when Feagler broke his record for all-time rounds for the Waves (Beard played for the Waves from 1999-2002 and earned medalist honors at the 2000 NCAA West Regional and 2002 WCC Championship.)

“Gives me goosebumps, really. I love that little guy,” said Beard with a smile on Sunday when he heard the news his record was broken. “I remember when he was barely above my chin when I recruited him. It’s been so neat to see him just grow as a person. I mean, his game obviously has gotten better and better, but he’s really like our leader now on our team. He’s our guy.”

On Wednesday evening Feagler got to return the favor.

“He means everything. Recruiting me nine years ago, he’s been an instrumental figure in my life,” Feagler said of his coach. “He’s been kind of a bigger brother to me, helped me with some personal stuff and golf stuff and life stuff. To win one for him, it’s been a long time coming for Pepperdine.”