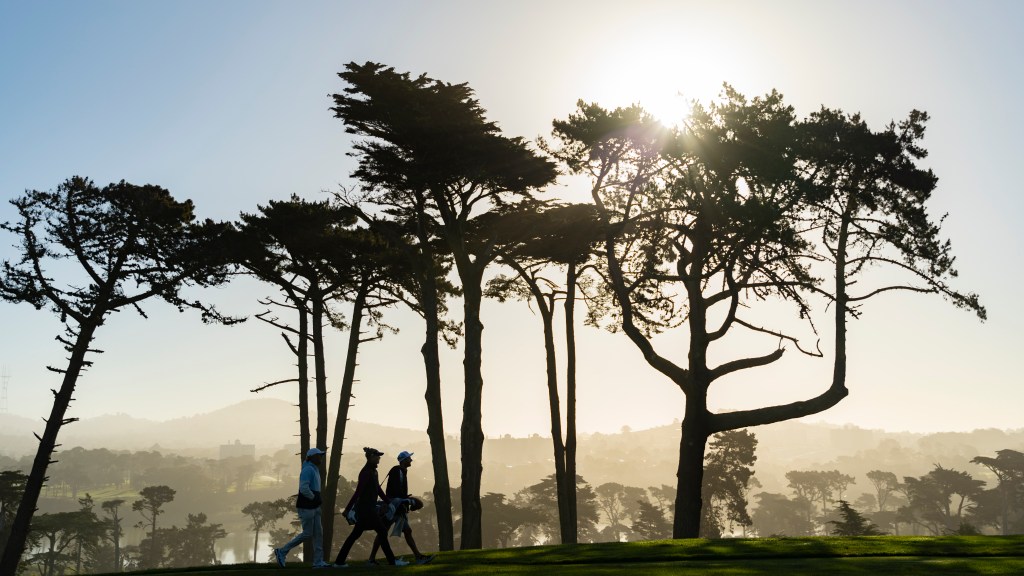 SAN FRANCISCO – The mowers went to work late Monday afternoon. The chop-fest out of the rough at The Olympic Club got a little too choppy, even by U.S. Women’s Open standards.

“It defeats the purpose of some graduated rough,” said the USGA’s Shannon Rouillard, “if the primary and the secondary is chop out.”

Both were cut down ½ inch, leaving the primary cut at 2 ¾ and the secondary cut at 3 ¾.

Even so, Stacy Lewis can’t remember a time on tour when the rough was so tough. There is no intermediate rough along the fairways at Olympic. That’s the manageable rough that’s usually cut to 1¼ inches. Miss by a little here and the penalty is steep. There is, however, an intermediate cut around the greens.

Don’t misunderstand, the women are thrilled to be here. Jessica Korda called the place spectacular. There have been five U.S. Opens staged at The Olympic Club as well as five additional USGA championships. Starting this week, the women get to script their own piece of history on this gorgeous piece of earth. The rough is high; the greens are small; the course is long and it’s a brute of a walk.

“So, yeah, it’s going to be a difficult test,” said Korda, “but I’m really excited about it because this is exactly what a U.S. Open, in my head, always is supposed to look like.” 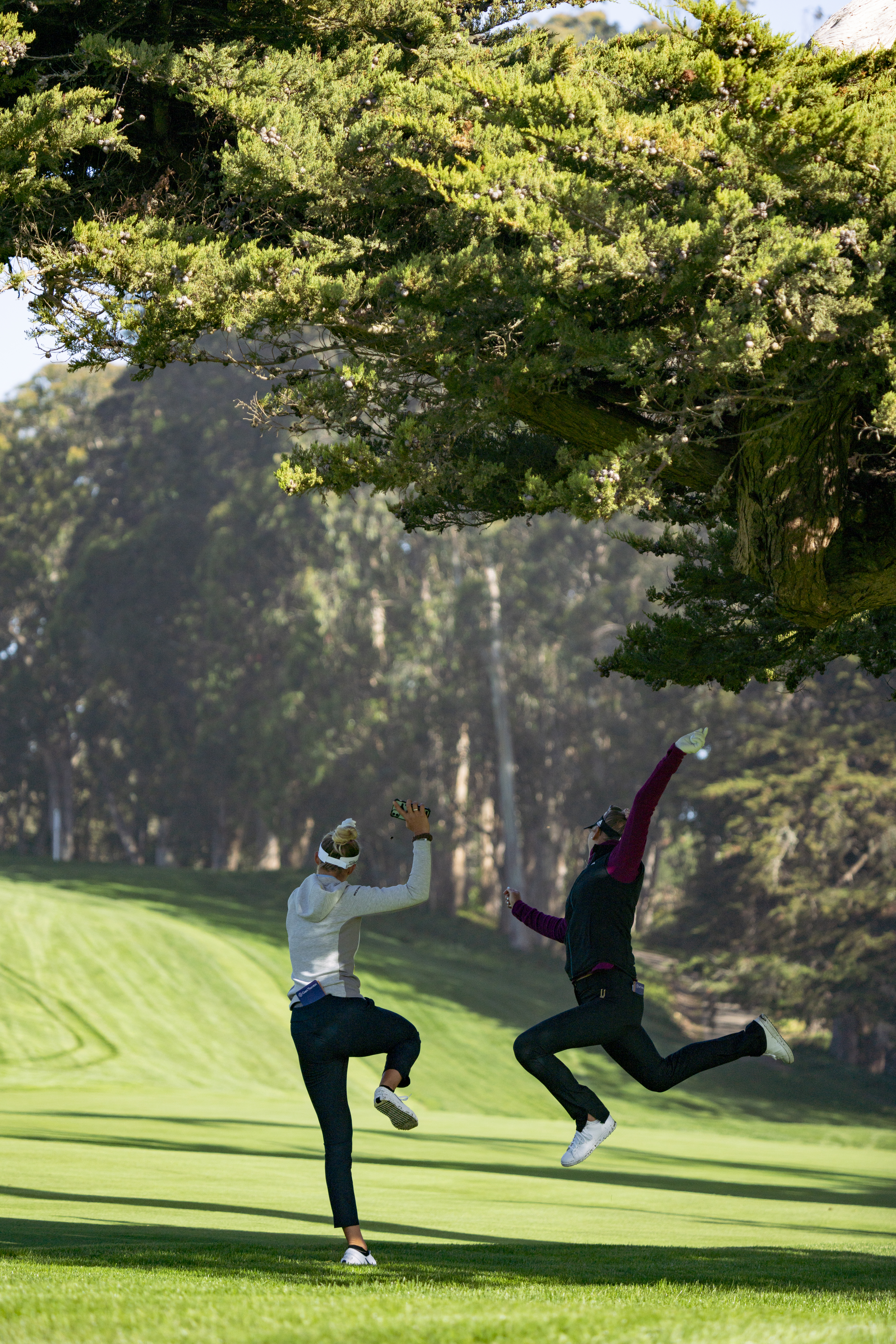 Nelly Korda and Jessica Korda pose for a photo during a practice round at the 2021 U.S. Women’s Open at The Olympic Club in the San Francisco on Monday, May 31, 2021. (Copyright USGA/Jeff Marsh)

Few players sound as confident about the place as Patty Tavatanakit, who felt the course set up tough but fair. The big hitter who went wire-to-wire at the ANA Inspiration earlier this year and called the Lake Course wide and manageable, noting there’s “a little bit of forgiveness to it.”

Inbee Park, a seven-time major champion, said she’s already looking forward to the weekend. (Park doesn’t miss many cuts at these things.) Hit the fairways, she said, or “you don’t have much shot.” Being in the rough, Park noted, almost equates to an automatic bogey.

“I love the golf course,” she said, “and I think it’s going to be unbelievable.”

Michelle Wie West calls the rough terrifying. She’s been plagued by wrist injuries for the bulk of her career, of course, and hooks up to her PT devices daily at home to be able to compete. Wie West lives 15 minutes away from Olympic but plays most of her golf at nearby Lake Merced where she’s a member. She mostly practices Stanford’s facility.

The rough this week worries her, but she’s hit a number of shots out of it during practice and said she feels confident.

“I’m playing definitely on borrowed time,” she said, “and I’m grateful for every second of it.”

Finding fairways, of course, is made even more difficult what’s known as a reverse camber, where the fairway slopes in the opposite direction of the dogleg.

It will take some serious shot-making to win this week. Stanford learned to work the ball both ways in 2005 when she started taking lessons from Mike Wright. She called her strong right-to-left action the Saginaw Sling.

“You just can’t win a high level with one shot that severe,” she said.

Park learned how to work the ball both ways in 2012 when she started working with her husband, G.H. Nam. Lewis came out of back surgery in college hitting a cut.

There are a number of players on tour, she noted, who can’t hit a fade.

In five U.S. Open championships, only four players have finished under par. The course played to a par 70 for the men and Webb Simpson was 1 over when he won in 2012. Lee Janzen finished even in 1998. Scott Simpson (1987, -3) and Billy Casper (1966, -2) were under par for their victories as well as those who finished runner-up, Tom Watson and Arnold Palmer, respectively. Jack Fleck and Ben Hogan went into a playoff in 1955 after finishing 7 over. Fleck won the title and a $6,000 paycheck.

“I’ll be surprised if anybody (finishes) under par to be honest,” said Lewis.”

Golf Channel analyst Brandel Chamblee said the length and thickness of the rough was the worst he’d ever seen when he played the U.S. Open at Olympic. There are no water hazards on the Lake Course and only one greenside bunker, yet it remains a beast of a test.

“The greens were ridiculously slick, thick rough, lots of different, awkward lies,” said Chamblee. “The ball above your feet, below your feet. It plays a little bit in terms of the awkward lies like Augusta National, except it’s chilly and the air is heavy and the ball just doesn’t go very far.” 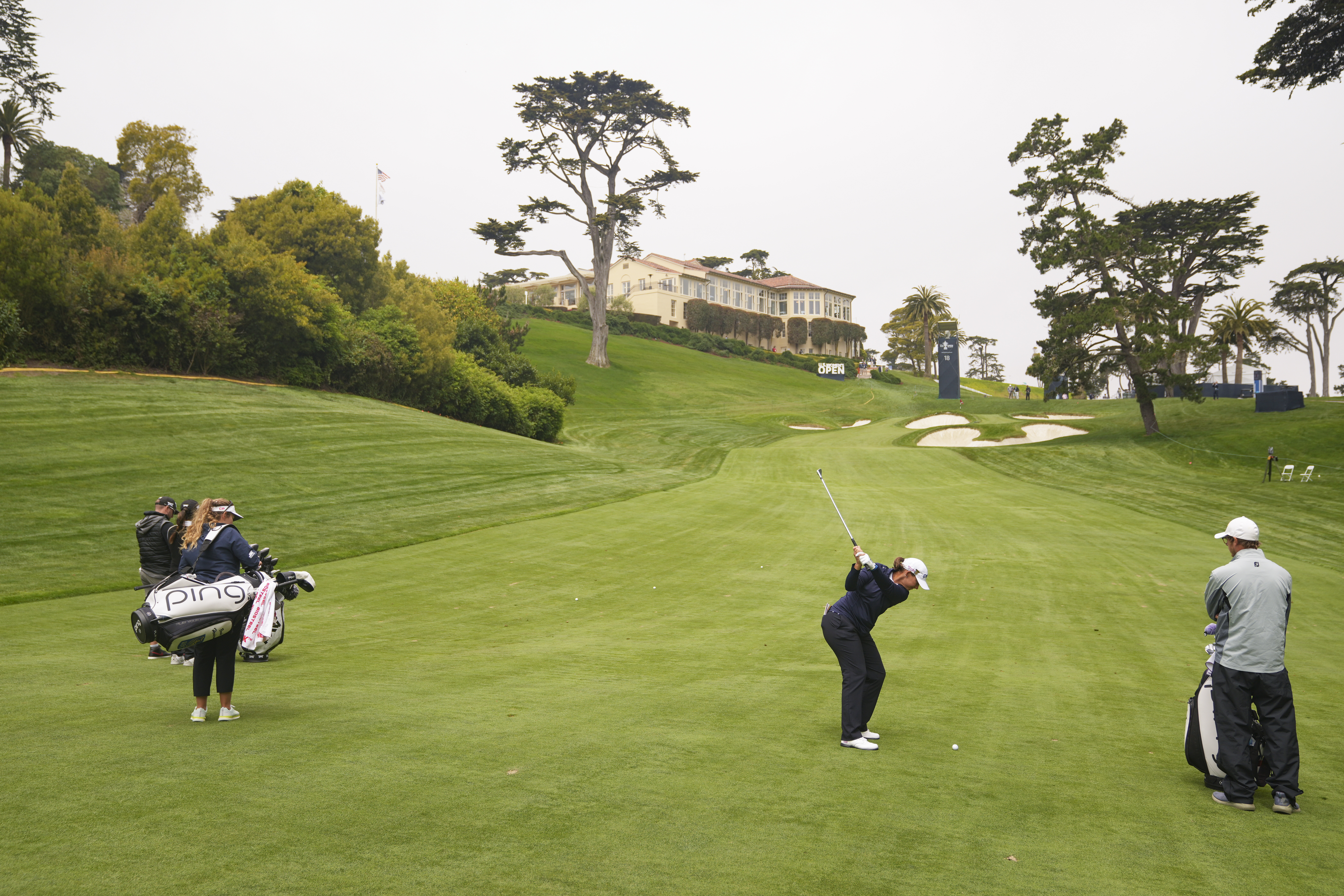 Angela Stanfordn hits her second shot on the 18th hole during a practice round at the 2021 U.S. Women’s Open at The Olympic Club in San Francisco on Tuesday, June 1, 2021. (Darren Carroll/USGA)

Stanford’s caddie told her par might feel like 76 one day this week. (It’s a par 71 for the women as they play the first hole as a par 5.) More than anything, she said, it’s a test of endurance.

Even though the rough was cut down, Stanford said, she’ll mostly have to chop out no matter where the ball ends up. Linnea Strom said even at a shorter height, the thickness is still there. When the grass is growing in the same direction, she might be able to get an 8-iron on the ball. Otherwise, it’s a wedge.

With the Marine Layer rolling in on Tuesday, the greens were more receptive than they’d been on a sun-splashed Memorial Day. The firmer the fairways get, the tougher it will be to stay out of that blasted rough.

“Every time I come to an Open I try to find the one thing that they are trying to get you,” said Stanford. “It’s everything here.” 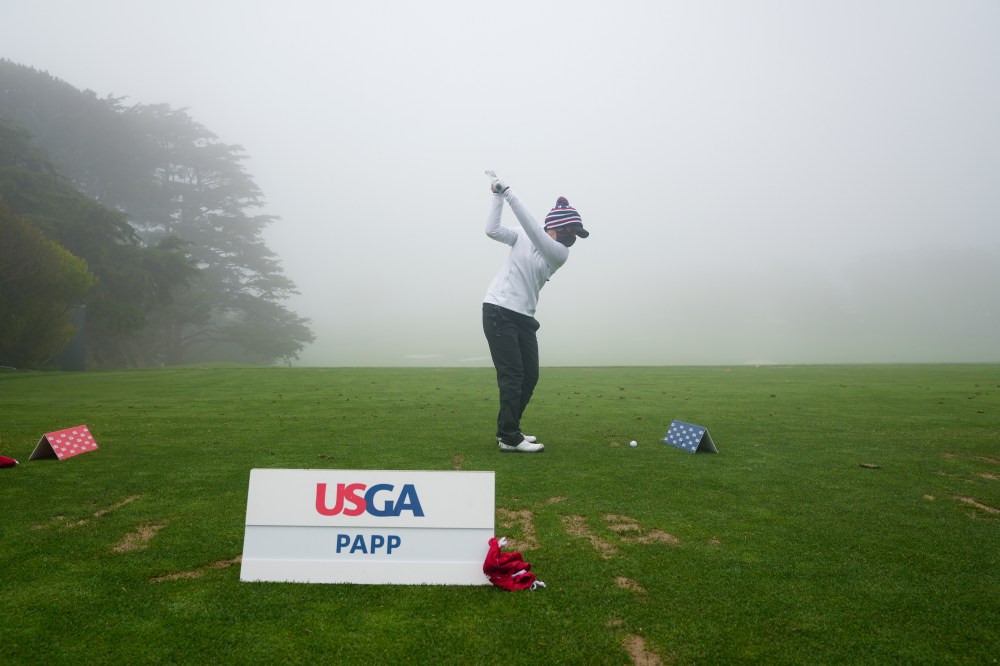