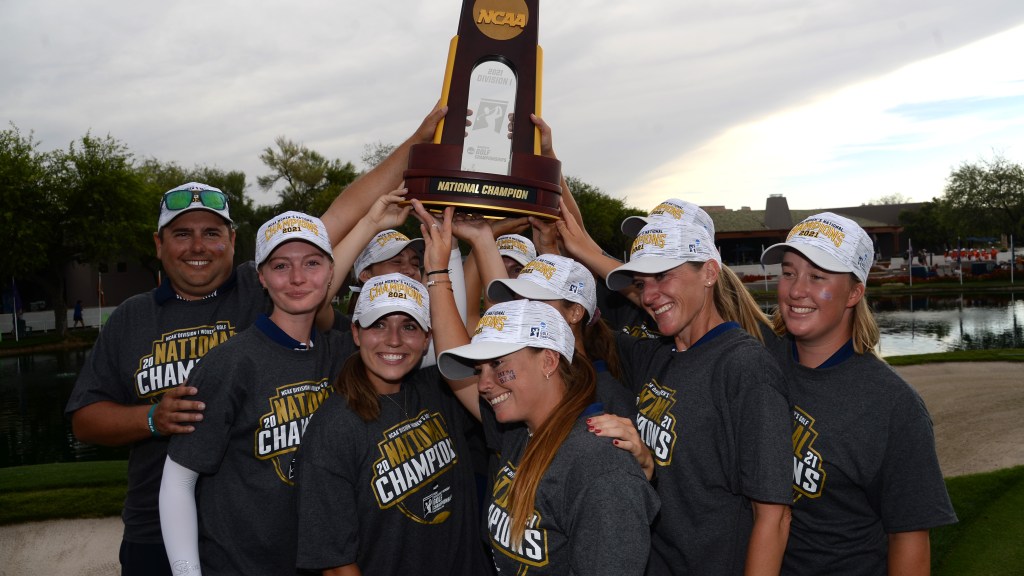 SCOTTSDALE, Ariz. — Chiara Tamburlini earned her first point of the week for Ole Miss on Wednesday in the final of the NCAA Women’s Golf Championship against Oklahoma State.

It opened the floodgates to a national championship, the first women’s title in school history. Tamburlini’s 6 and 5 win was the largest margin of victory in the women’s final.

A few minutes later, fifth-year senior Kennedy Swann earned the Rebels their second point with a 2 and 1 win over Maja Stark. Swann’s win pushed her career match-play mark to 10-2.

Then it was Ole Miss sophomore Andrea Lignell, who played 40 holes over the quarterfinals and semifinals on Tuesday, draining a five-footer on the 17th hole to clinch the win.

“I was nervous but also kind of excited about having the deciding putt. It was really fun,” Lignell said.

Ole Miss is the 16th team win a national title in 39 years of the NCAA Championship. The Rebels are the fourth SEC team—and first since Alabama in 2012—to win the championship.

But other than the 1995 Ole Miss men’s tennis team, no other Rebel squad had played for NCAA title. Now, this women’s team is the one to break through with an historic win.

“I think it’s great because it’s just all about leaving our legacy. We’ve talked about that as a team. We want to be remembered well,” Swann said. “We have several alums who are now on the LPGA Tour who have played really well and I think it’s just great because we’re a part of that team and we get to leave our legacy.

“When I came into this program a couple years ago, we were nowhere close. But, we worked our tails off to get to the point that we’re at now. I think it’s great that we’ve finally proven that we belong here. We just won a national championship. Ole Miss is a good team that is here to stay that will be around for a long time.”

Oklahoma State, which knocked out defending national champion Duke with a 5-0 showing in the semifinals on Tuesday, was also attempting to win the first women’s title in school history. 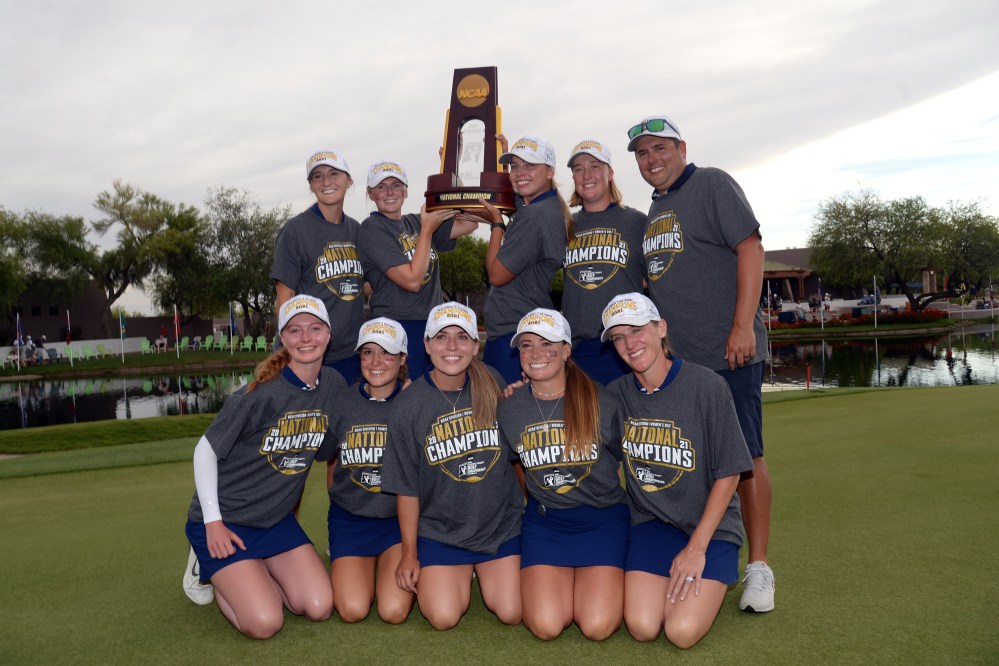