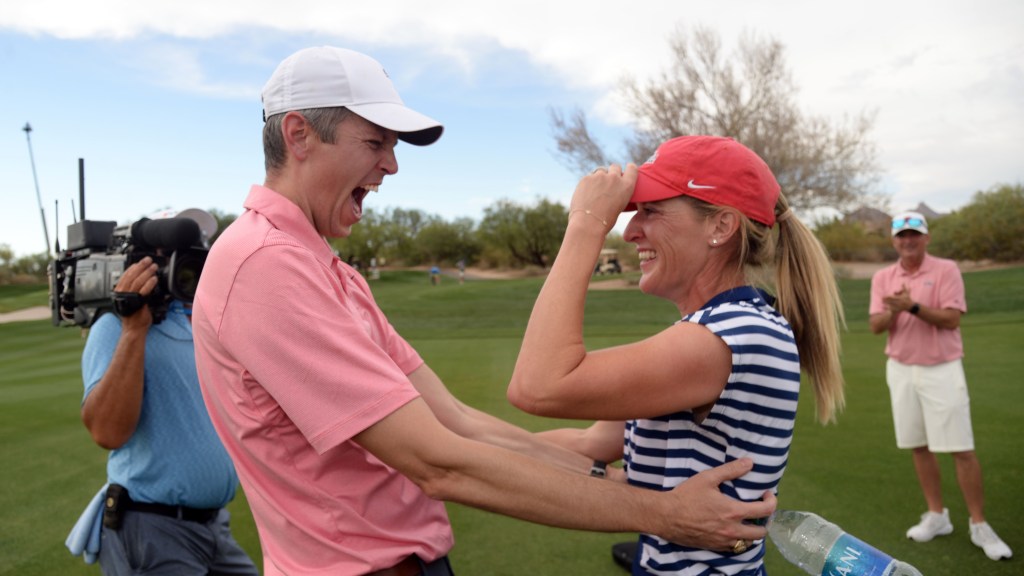 “We couldn’t do it,” he said, referring to his football days at Ole Miss with quarterback Eli Manning.

McClendon married Jade Polonich, a golfer and volleyball player at Ole Miss, and the couple brought their 7-year-old twins Tayo and Niko out to watch the Rebels shatter a ceiling that no other team – male or female – ever has at Ole Miss: win a national championship.

Ole Miss claims three national championships in football (1959, 1960 and 1962), which at the time required at least one entity to vote for a team No. 1 in their final poll to be declared a national champion.

“You think of all the years that went into sports at our school, that this is the first – in 2021,” said Ole Miss coach Kory Henkes. “You can’t have a second until you have a first.” 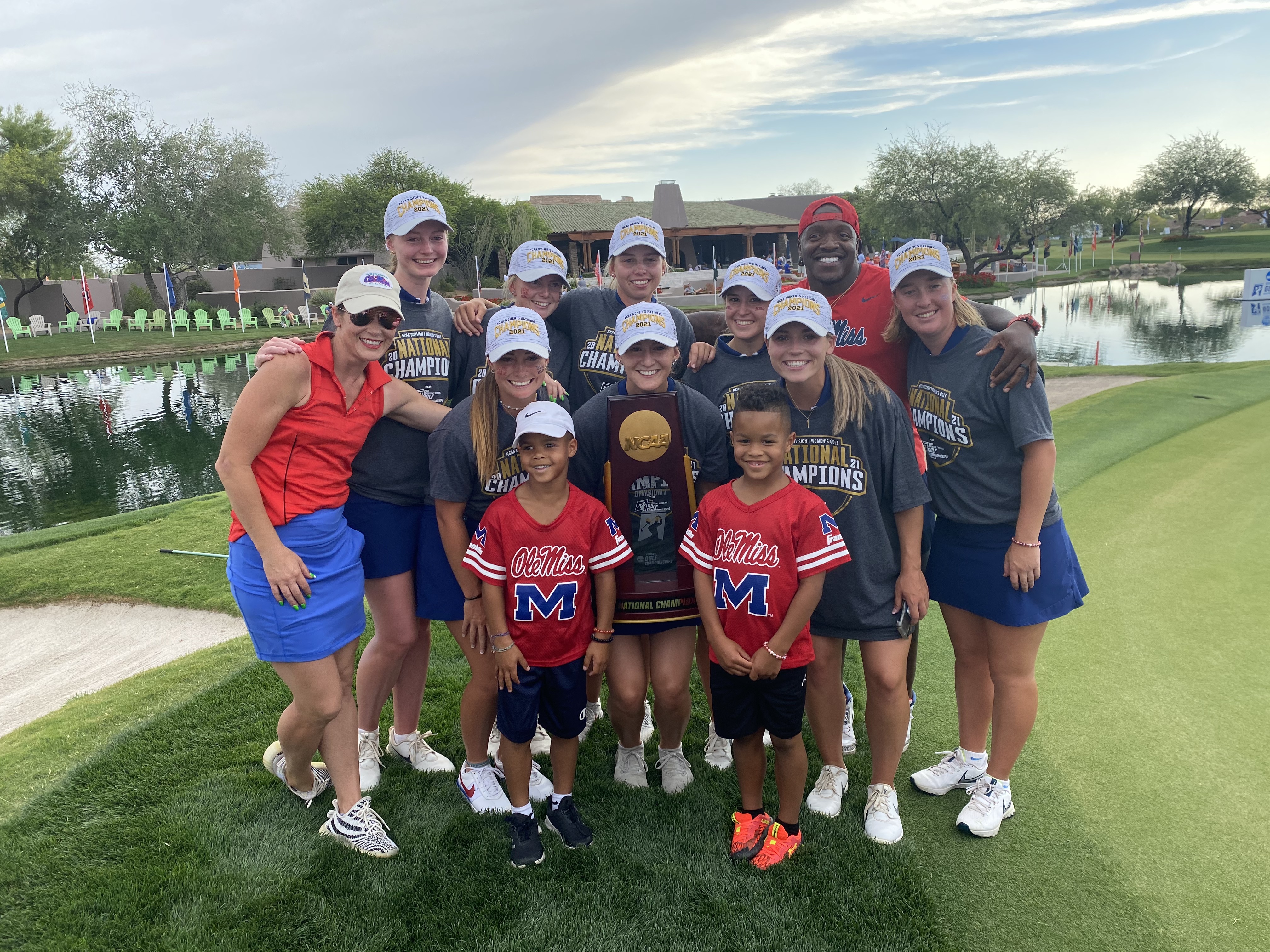 Ole Miss faced Oklahoma State in the NCAA finals. OSU boasts 52 national titles – all won by men. No matter what happened on Wednesday afternoon at Grayhawk, history would be made.

“It’s good and it’s bad,” said longtime Washington coach Mary Lou Mulflur, “because you feel like that should happen more often. But it just shows you opportunity … how deep the sport has gotten.

“Ole Miss, where were they five years ago?”

When Henkes took over the program in June of 2015, the Rebels were ranked 134th in the country. In August of 2017, Julia Johnson, at the recommendation of a mental coach, wrote out a list of goals on a notecard. In all-caps at the bottom was a particularly bold one: win a national title.

“Why play college golf if you don’t think you can win it?” asked Johnson. “I knew what we were building; I knew where we were going, even when people didn’t really think and believe in us in the beginning, I kind of always knew.”

Henkes led Ole Miss to its first SEC title in her fourth year as head coach, the same year she gave birth to daughter Parker. When Henkes was pregnant with her second, parents of recruits sometimes asked assistant coach Zack Byrd if they thought she could still do it all as mother of two. Byrd’s response: After the second, he expected her to win a national title.

On Wednesday morning, Stanford coach Anne Walker, a mother of two girls, sent Henkes an encouraging email in which she noted that moms have won national titles in 2015, 2016, 2017 and 2018. Henkes was eager to add her name to the list. 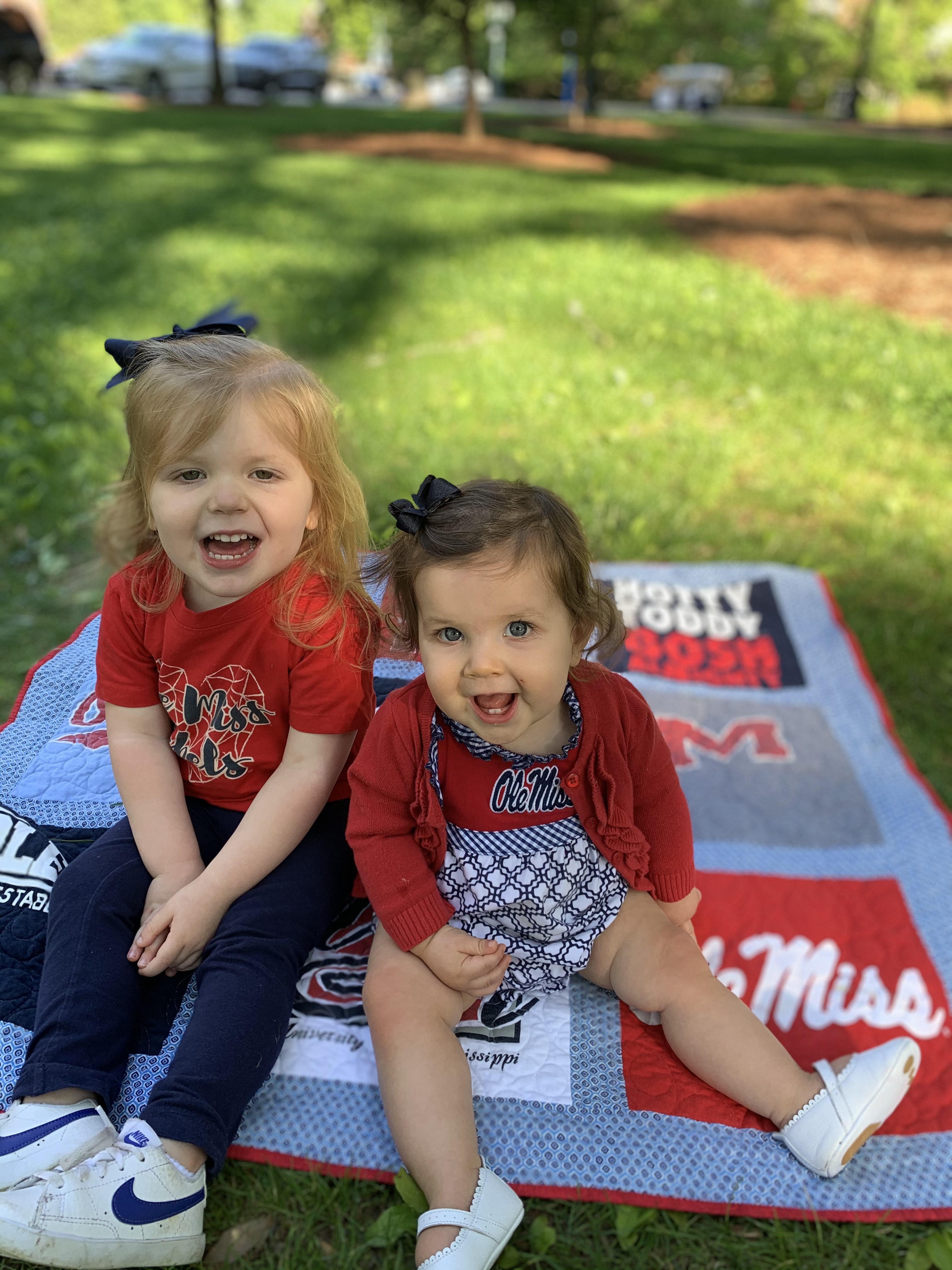 “As a mom, it’s tough doing this career,” said Henkes. “It’s tough being on the road a lot. You have a lot more balls to juggle than maybe a male counterpart … it shows it can be done.”

Henkes’ husband, Kenneth, works in the ER as a physician’s assistant and said that nearby grandparents help them to juggle work and family. Kory runs a tight ship at practice. She’s highly disciplined and expects the same of her team. It’s how she manages to do it all.

“I’m so lucky to be on a team with her,” said Kenneth. “We have the Henkes team at the house, and she has the Old Miss girls at the Golf House.”

Johnson finished her MBA in four years at Ole Miss and will get a second Masters in higher education in an extra fifth year. She’s not sure if professional golf is in her future but can definitely picture herself as an athletic director.

Speaking of ADs, Ole Miss’ Keith Carter flew in from Oxford for the championship match. He appreciates the fact that Henkes’ team reflects her: spunky, fiery, talented and tough. He hopes what happens today lights a fire.

“That’s what we talk about all the time,” said Carter, “we’re not just here to show up, we’re here to win championships. I think this validates that.”

Lynnette Johnson retired on April 30 as Deputy Athletics Director for Sports and Administration after 32 years at Ole Miss. She hired both Henkes and Malloy. Johnson bent down and put her hands on her knees at the conclusion of the trophy presentation, taking in the gravity of the moment.

That goes for the men, too.

Check out the Grayhawk merchandise at the NCAA Championship 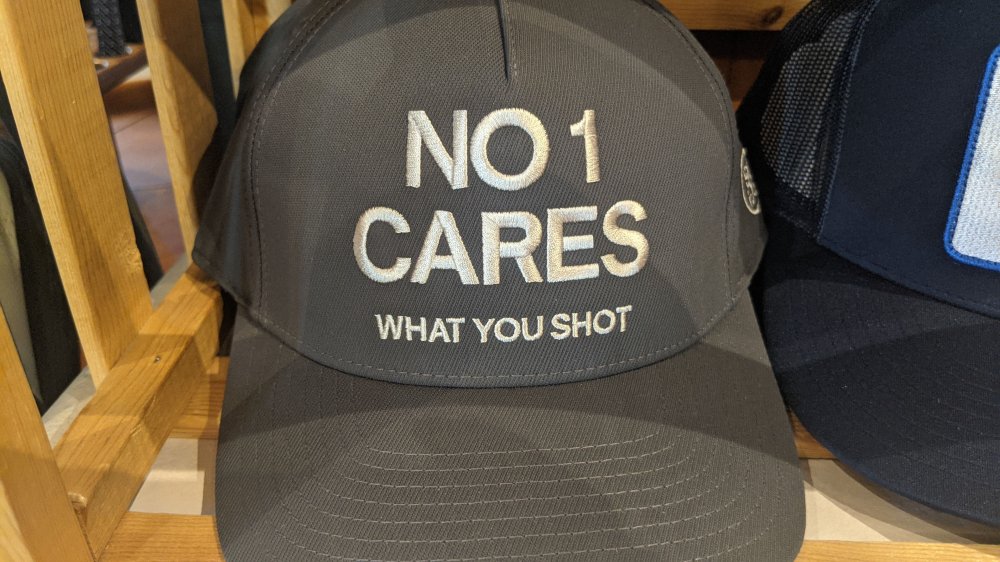