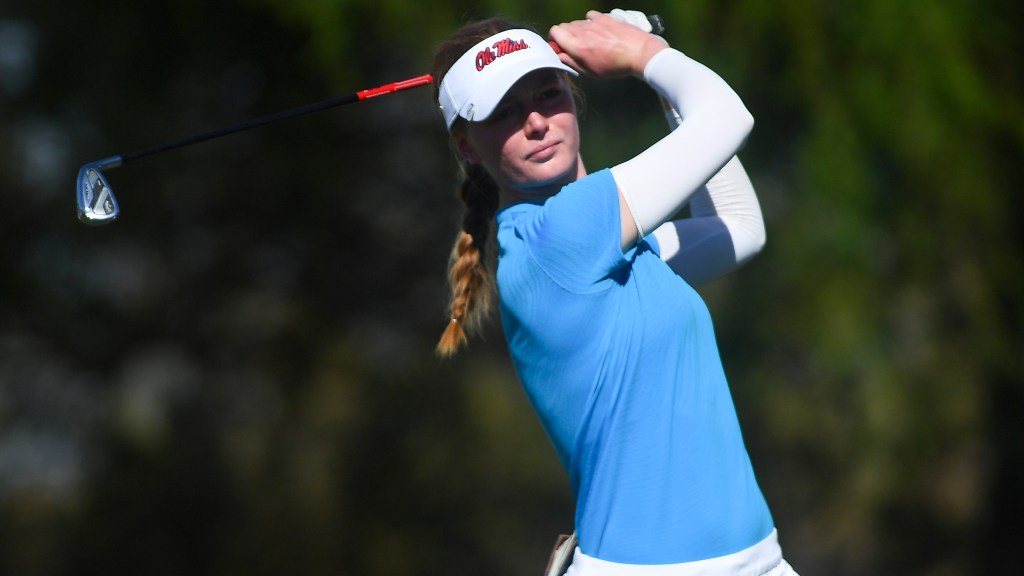 SCOTTSDALE, Arizona – Oklahoma State freshman Maddison Hinson-Tolchard emerged from Phil’s Grill at Grayhawk Golf Club sipping an Oreo milkshake. If there was ever a day to celebrate, making it to the finals of the NCAA Women’s Championship for the first time in school history certainly qualifies. But truth be told, she’s had a milkshake every day here in the desert and why not?

“If you had told me six months ago I would’ve been here,” said Hinson-Tolchard, “this is awesome.”

Six months ago Hinson-Tolchard was at home in Perth, Australia, trying to get a visa to come to the U.S. The COVID-19 pandemic left all the embassies closed, causing Hinson-Tolchard to miss the fall season.

Two teams that advanced to match play for the first time this week – OSU and Ole Miss – will now square off on Wednesday for the chance to win their school’s first NCAA title. Actually, no female sports team has ever won an NCAA crown at OSU; the men have 52 titles.

Two weeks ago, Hinson-Tolchard wasn’t even in the lineup for the Cowgirls. Statistically speaking, she was in a dead heat with Han-Hsuan Yu. OSU head coach Greg Robertson said it was virtually a coin toss to decide who would go to NCAA regionals. He gave the nod to Yu, telling Hinson-Tolchard she’d go as an alternate. This spring marked the first time that alternates have been in play for the entire postseason in Division I women’s golf (in 2019, substitutions were allowed only once match play began, but none of the eight teams used one).

“It was never a negative thing for me,” said Hinson-Tolchard of being the sixth player at Oklahoma State. 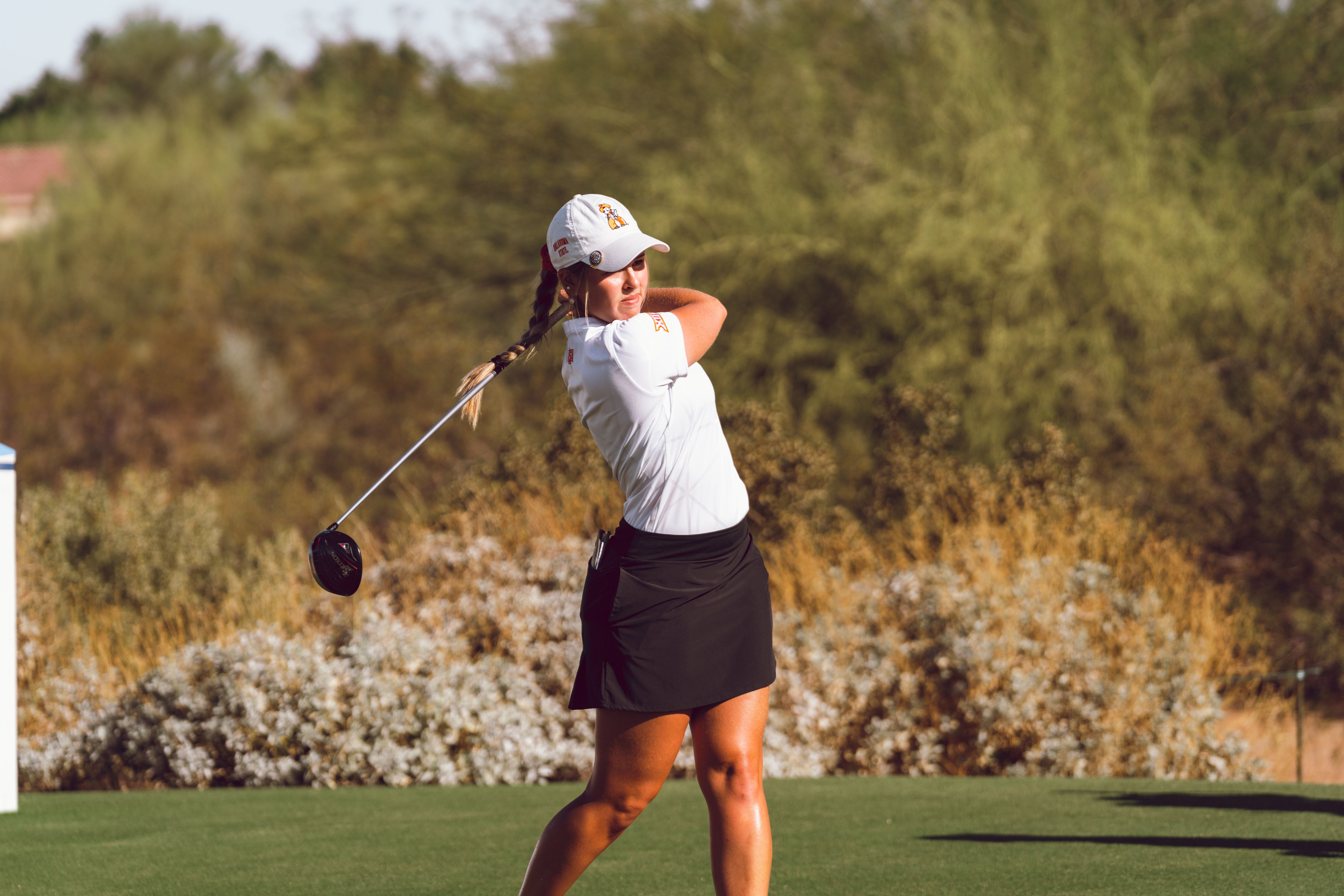 After Han-Hsuan Yu opened with an 81 in regionals, Robertson decided to switch things up and give Hinson-Tolchard a chance for the next two rounds.

“When coach said, ‘Hey do you reckon you can make some birdies out here?’ I was like of course I can, chuck me in there,” Hinson-Tolchard said.

She responded with a 74-71, helping OSU finish third and advance to Grayhawk.

Everyone from OSU’s team is onsite this week – all 11 players. The five who aren’t part of the official lineup paid their own way and are cheering on the Cowgirls. Hinson-Tolchard said she hears a lot of funny things from her teammates when she walks off the greens. They help keep it light.

Meanwhile over on the Ole Miss side, freshman Smilla Sonderby was a sixth player coming into this week but knew that with Ellen Hume’s bicep injury, she might be called upon to play. After Hume opened with an 85 at Grayhawk, Sonderby went in. She’d played a total of six stroke-play rounds of college golf before getting the call. (Sonderby also came to school in January after having visa issues.)

Sonderby’s best round coming into this week was a 74 but she shot 74-74-72 in the last three rounds of stroke play to help Ole Miss advance. She’d go on to win her quarterfinals match in 21 holes on Tuesday and then back it up with a 2-and-1 victory over Arizona’s Yu-Sang Hou in the semis.

“The one thing about her that I really love,” said Ole Miss coach Kory Henkes, “is she never gives up, ever.”

To combat her nerves, Sonderby sings lullabies to herself, with her mother’s voice ringing in her ears.

She also talks through her routine out loud to herself before each shot.

“Just to take away all the insecure thoughts,” she said, sipping her third milkshake of the day.

Being a sub has never been so sweet.

By the numbers: Oklahoma State and Ole Miss in the final match of the NCAA Women’s Championship