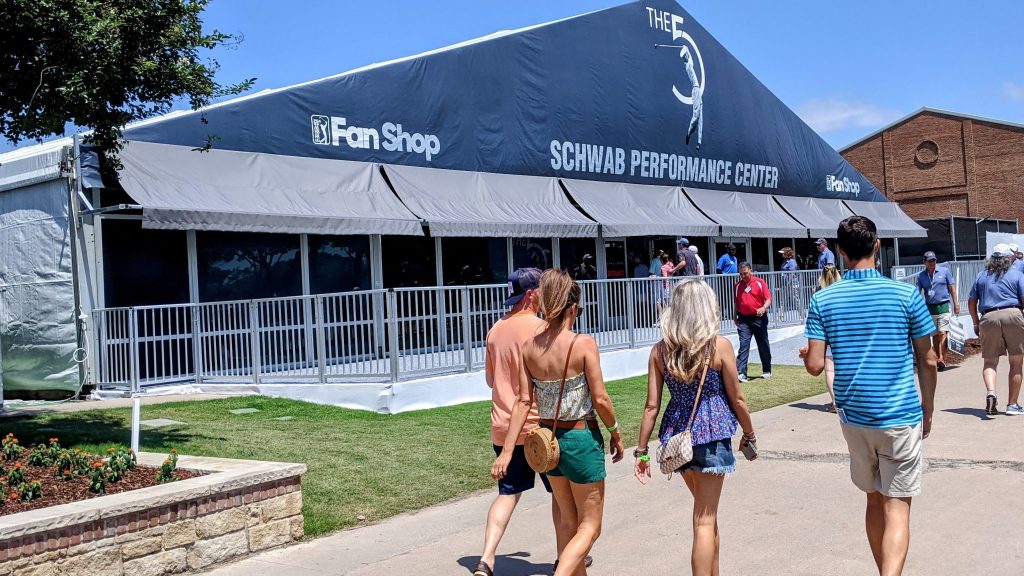 FORT WORTH, Texas — With a massive tent, an endless parade of patrons and too many beverages flowing due to all-inclusive 75th-anniversary tickets, one could make the case that the fan experience — or Schwab Performance Center as it’s properly listed on the building behind the practice putting green at Colonial Country Club — is something dreamt up by P.T. Barnum.

The site has five hitting bays along with a contest site where you can “borrow” one of four putters previously used by Ben Hogan.

It’s similar to other fan experiences seen on Tour, although this one has a few more bells and whistles, according to Adam Stowe of Golftec events, a Denver-based operation.

“We’re kind of the traveling circus with the Tour,” Stowe said. “We have something like this on many of the Tour stops. But this is our biggest activation, by far. This is special, for sure.” 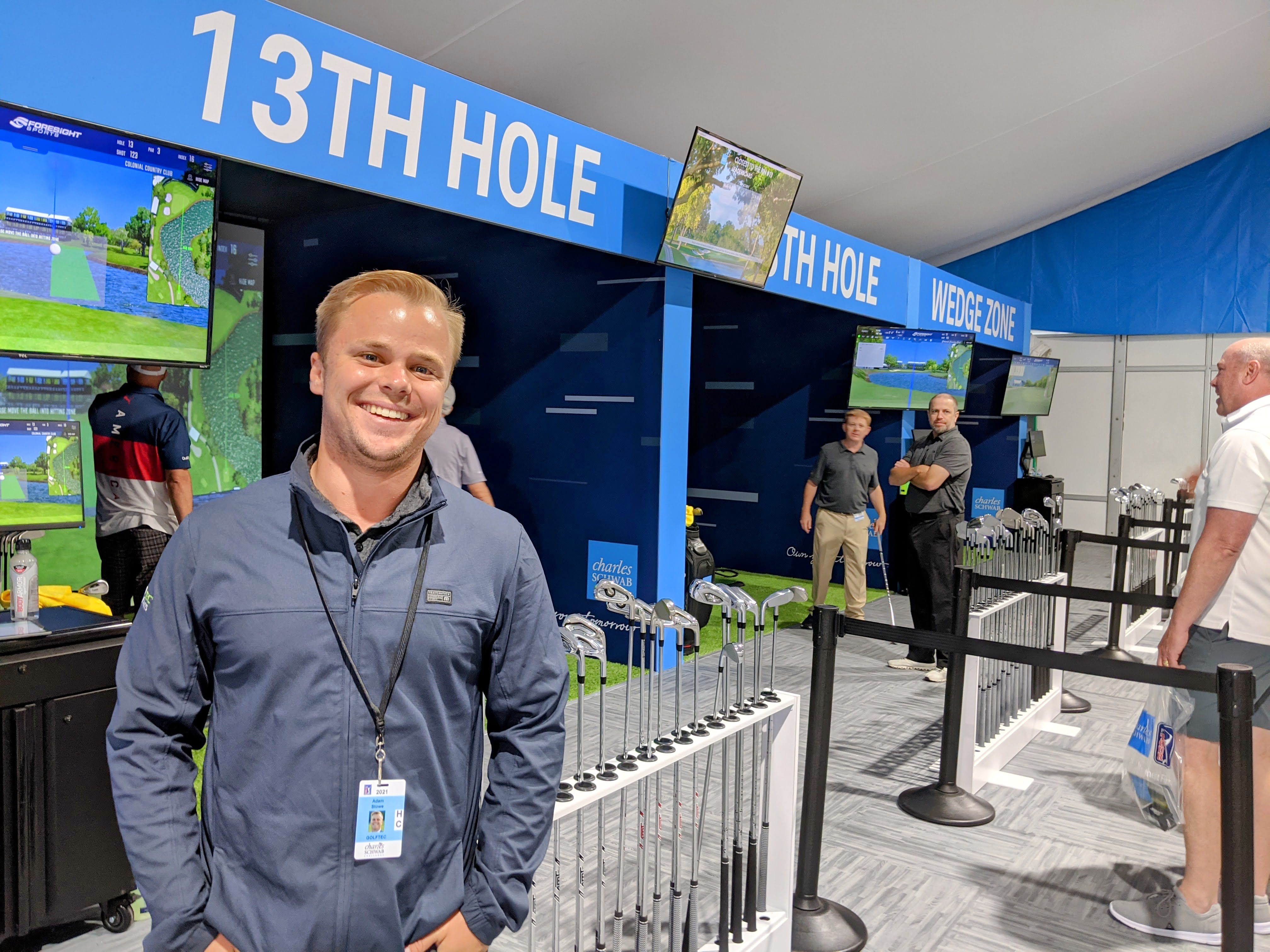 Like other Golftec experiences, the master tent at the Schwab features a pair of swing capture bays, where video of a patron’s golf swing is taken with cameras from a front view angle.

The video is shipped off to a PGA of America-certified coach, who then creates a web lesson that’s sent back to the patron. The process takes between a week to 10 days and those who take part receive a full 5- to 6-minute lesson in their email inbox. 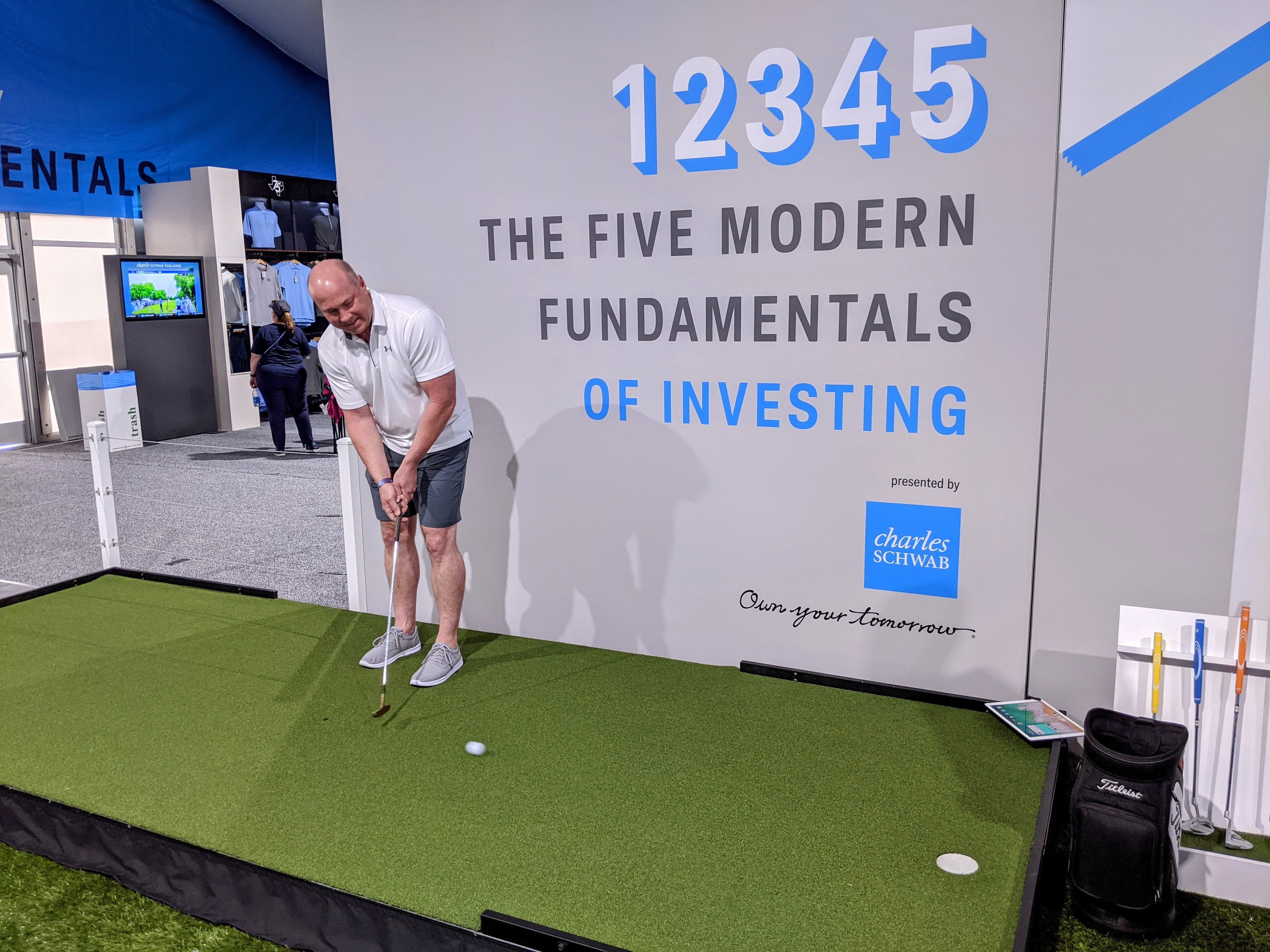 Using one of Ben Hogan’s putters, donated by the Ben Hogan Foundation, patrons at the Schwab Performance Center can hit a short putt and win a commemorative medallion. (Photo by Tim Schmitt)

A similar setup was constructed for the PGA Championship at Kiawah Island, although a special closest-to-the-pin simulator and additional wedge bay was added for the Schwab.

Also new, those on hand can win a commemorative medallion using one of Ben Hogan’s putters, which have been donated by the Ben Hogan Foundation. 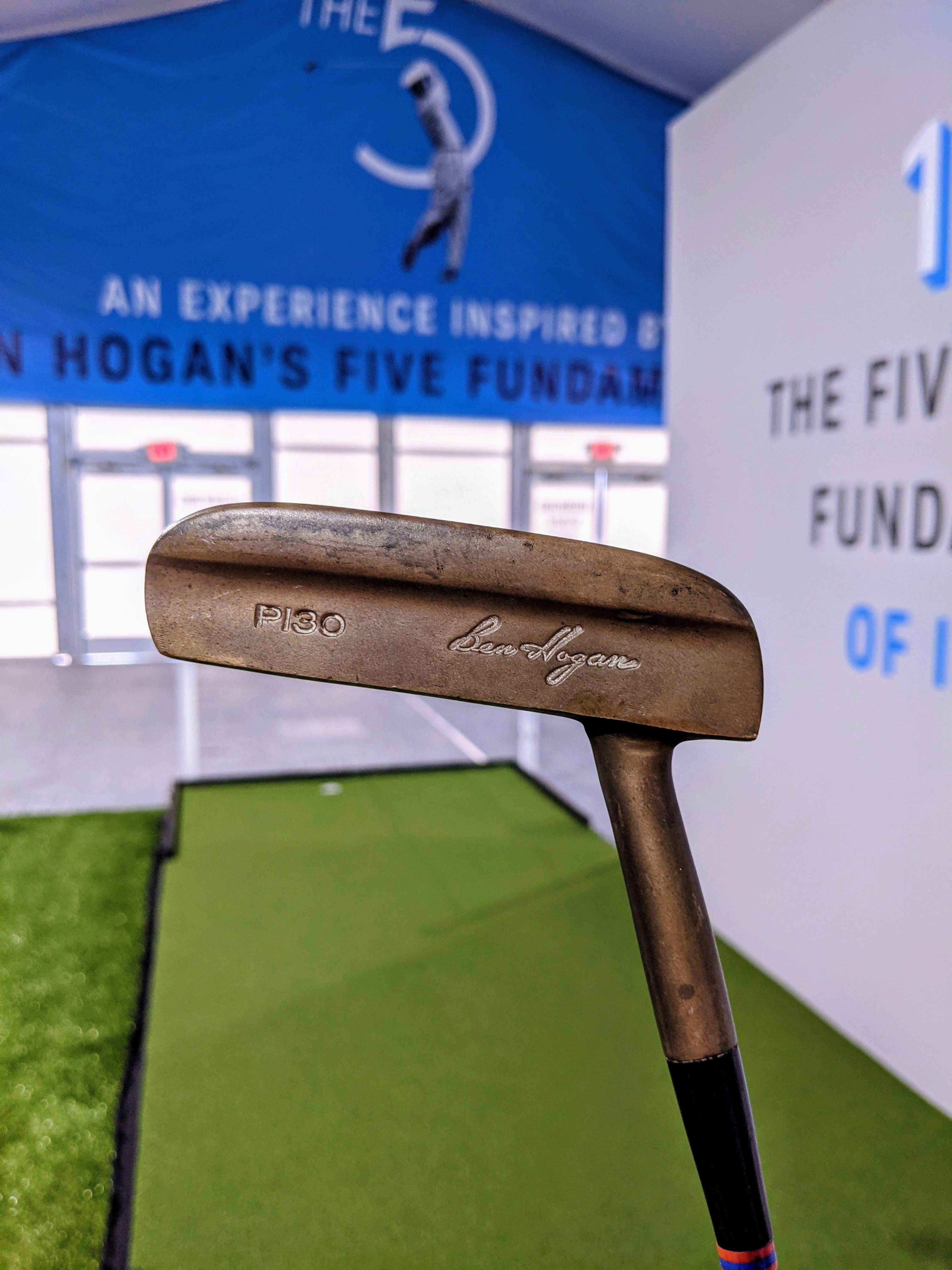 One of four authentic Ben Hogan putters, donated by the Ben Hogan Foundation, which patrons can use at the Schwab Performance Center in Fort Worth, Texas. (Photo by Tim Schmitt)

But how does this massive complex come together? Jeff Seme, a former Golftec employee, is the one in charge of setup and tear down. He built the entire simulation structure in Denver, renting a Crossfit complex to make sure all the pieces fit together. He then tore the structure down, and rebuilt it in Fort Worth.

Seme arrived on-site at Colonial just after the Byron Nelson ended in nearby McKinney and had about nine days to construct the facility, handling most of the work himself.

“I always say it’s about a fifth of the time it takes to put up to break it down,” Seme said. “So it takes … let’s just to call it 40 hours to build. To take it down, you’re looking at about eight hours.”

All told, a few thousand people streamed through the complex each day during the Charles Schwab Challenge, a number that made Stowe and Seme happy, especially due to COVID concerns.

“It’s been great,” Stowe said. “And it’s great to see people enjoying it.”