David Pearson was officially named the 95th President of the Northern California Golf Association at Wednesday’s NCGA Annual Meeting, which was held at Poppy Ridge Golf Course in Livermore.  Other board members for the 2023 NCGA golf season were also confirmed at the meeting.

Pearson, a member at Visalia Country Club, has been a member of the Board of Directors since 2015. Pearson, whose wife is Susan, is an engineer by trade. 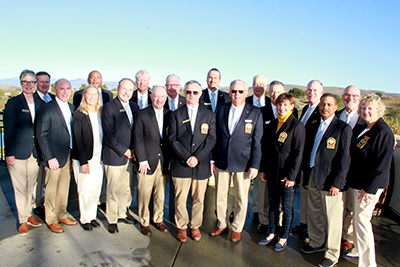 NCGA Board members who are either retiring or have met board term limits are Bob Goldstein and Lynn E. Harvey.

In other meeting news, the NCGA announced preliminary plans for a renovation of Poppy Ridge Golf Course to  be performed by architect Jay Blasi (seen below). Currently a 27-hole facility with three separate nine-hole courses (Chardonnay, Merlot and Zinfandel), the renovation would result in a single 18-hole championship course and a nine-hole “flex” course that could play long or short. The changes, which will result in a more walkable layout, would also include more practice areas for beginners and juniors. 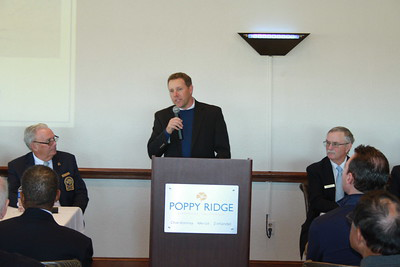 Blasi, previously a member of the Robert Trent Jones Jr. team that developed Poppy Hills, has an extensive resume’ that includes 2015 U.S. Open site Chambers Bay in Washington and Sentry World in Wisconsin, site of the 2023 U.S. Senior Open.

“I can’t tell you how honored I am to be part of the team,” Blasi said. “The Poppy Ridge site is an amazing canvas.”

The first six editions of The Match, ranked in order of watchability