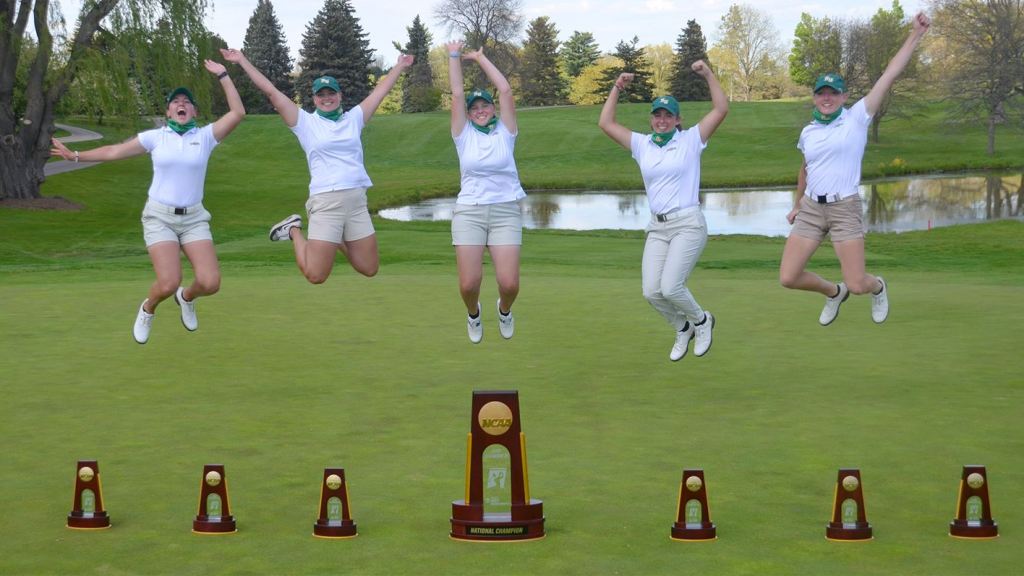 Once again, Methodist’s women are the NCAA Division III national champions in women’s golf, having edged Carnegie Mellon on May 14 at Forest Akers West Golf Course in East Lansing, Michigan, to win their 14th national title.

The week – particularly the final round – was a battle for Methodist. The Monarchs had some ground to make up on the final day but started chipping away at Carnegie Mellon’s lead early. Methodist erased a four-shot deficit in the first six holes.

The team played the fourth and final round in 14-over 302, the best round of the day.

At 79 over for 72 holes, Methodist finished five shots ahead of Carnegie Mellon.

George Fox was third and Redlands rounded out the top 5.

Methodist claimed two players inside the top 3 individually as Ingrid Steingrimsen and Jillian Drinkard both tied for third at 19 over.