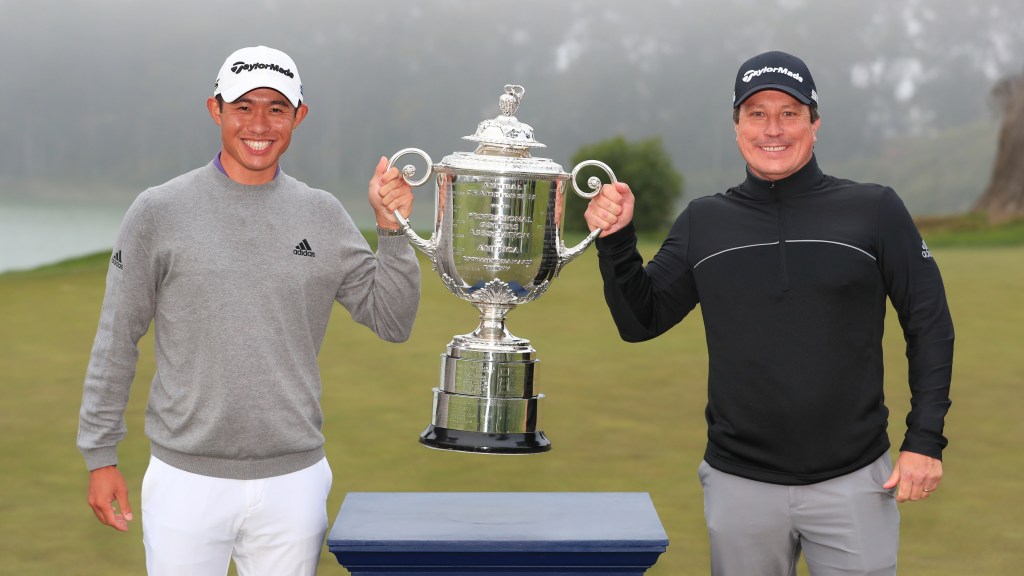 A dozen years have passed, but the conversation remains vivid in the scholarly mind of Rick Sessinghaus.

The noted golf instructor in Southern California who was giving 50-60 lessons per week back then, especially to those in the junior ranks, sat down next to his wife, Kathy, in their Burbank home. After talking about how each’s day went, Sessinghaus began chatting about one of his star pupils.

Dial down the years.

“I told my wife I had this kid who had the ‘it’ factor,” said Sessinghaus, a PGA Golf Professional who earned a Bachelor’s Degree in Speech Communications and a Masters and Doctorate in Applied Sports Psychology. “I told her I really believe he is going to succeed at the highest level. 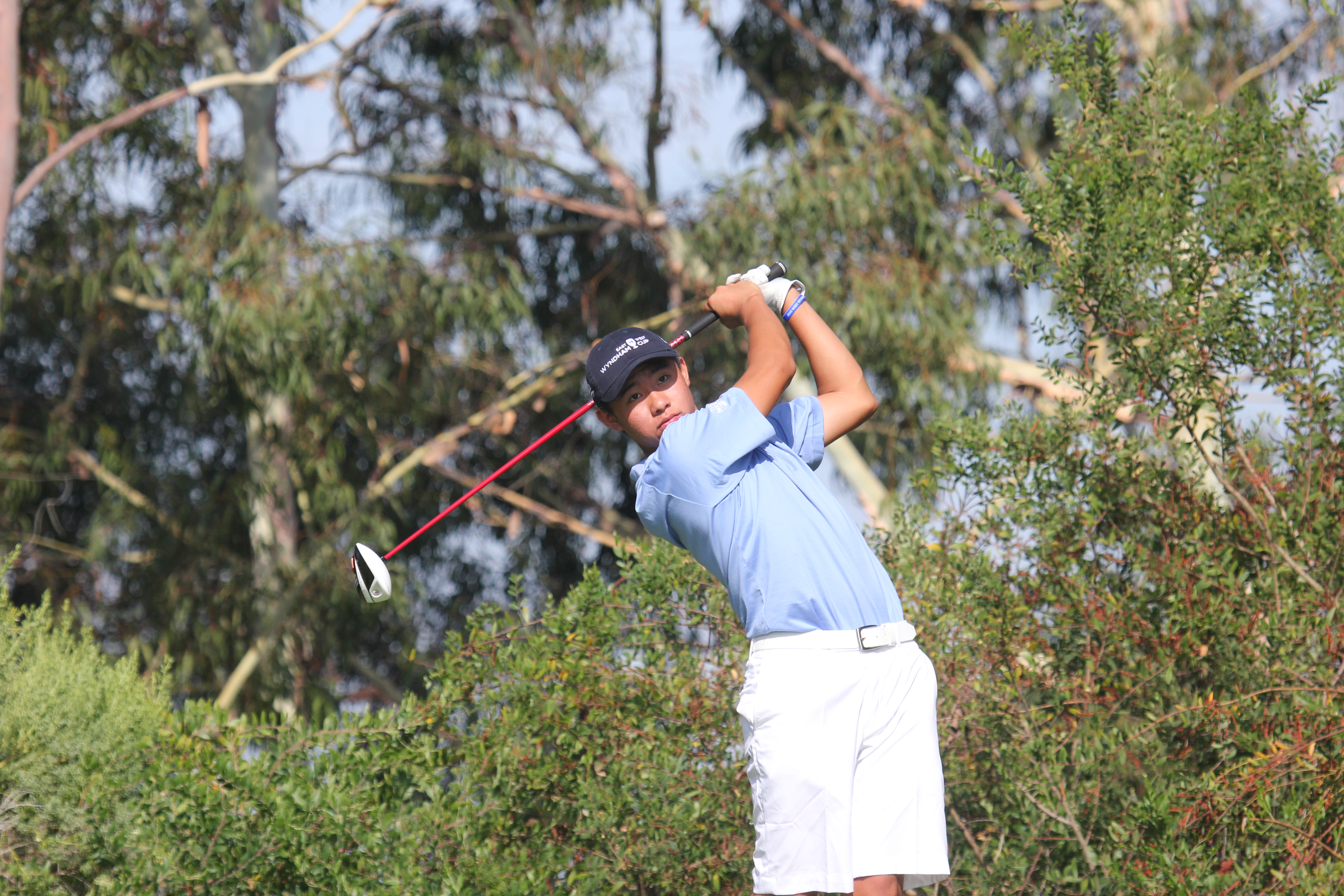 A 16-year-old Collin Morikawa competing on the AJGA in July 2013. (AJGA photo)

Add another Masters in Prophesy to Sessinghaus’ list of degrees, for the youngster grew up to be a monster in the junior, collegiate and professional ranks.

HOW TO WATCH: TV, streaming info for PGA Championship

Sessinghaus was right there at TPC Harding Park in San Francisco in August 2020 when Morikawa won the PGA Championship, his first major triumph in just his second try, which is his biggest victory of four on the PGA Tour in just 45 starts.

“I didn’t say that flippantly,” Sessinghaus said. “There are plenty of kids who can hit the ball. That’s the baseline stuff. I just told her I had a 12-year-old who askes a lot of great questions, is super competitive, has a great attitude, is curious, whose parents were supportive but not getting in the way. His parents and Collin weren’t obsessed with winning at the time.”

An Odd Couple? Only in age. Their kinship quickly took hold as much for each other’s love for the game as for their thirst for knowledge.

“I was on the right side of the driving range at Scholl Canyon Golf Course when his dad walked over to me and asked if I’d work with his son,” Sessinghaus said. “Collin was with him and he had this big smile on his face and his cute little golf bag. And after two swings, I said, ‘You bet I will work with him.’

“I could tell right away his engagement for his lessons. He was attentive, somebody who was very coachable, and would think things out. He wasn’t a huge talker, by any means, but when he talked, he had very good questions.

“He was very attentive, he wanted to learn, and he had that at a very early age.” 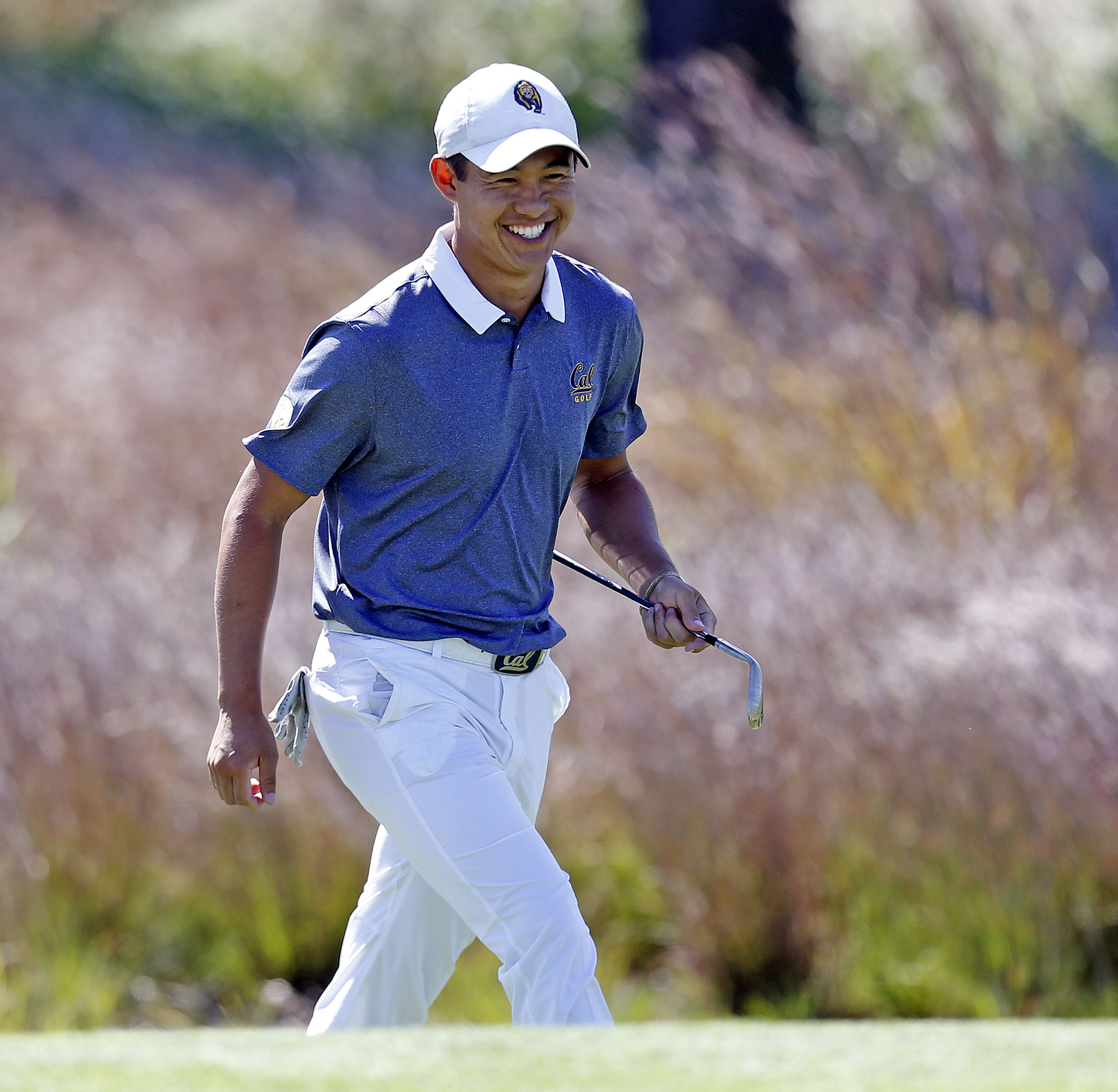 Collin Morikawa during his time on the Cal roster. (Photo: Eric Miller)

Morikawa was of the same mind as his much older instructor. He tapped into Sessinghaus’ ABC’s of mindset principles and appreciated him knowing the X’s and Y’s of the golf swing and being able to play the game at a high level.

“What was appealing with Rick was he was always competitive. As an 8-year-old, I was really competitive. I always wanted to compete against anyone. Rick brought that out of me even more,” Morikawa said. “At all our lessons, we always finished with a contest, whether it was putting, chipping, hitting a shot, whatever it was.

“As an 8-year-old you’re trying to beat Rick, who is your coach, and it just kept me wanting to become better, trying to find ways to beat him. I never made an excuse that he was older and could hit it farther. I just wanted to beat him.”

Sessinghaus, now 49 (Morikawa is 24), said he learned early on his young pupil had the makeup to understand and train for being in a flow state, otherwise known as being in the zone.

“Somebody’s DNA in flow states is someone who is completely in the present moment,” Sessinghaus said. “One of the flow triggers for focus is curiosity. What that means is if I can look at a situation in a curious way, it actually takes fear out of the equation. I just want to learn about the present moment. Some people are more wired like that than others. 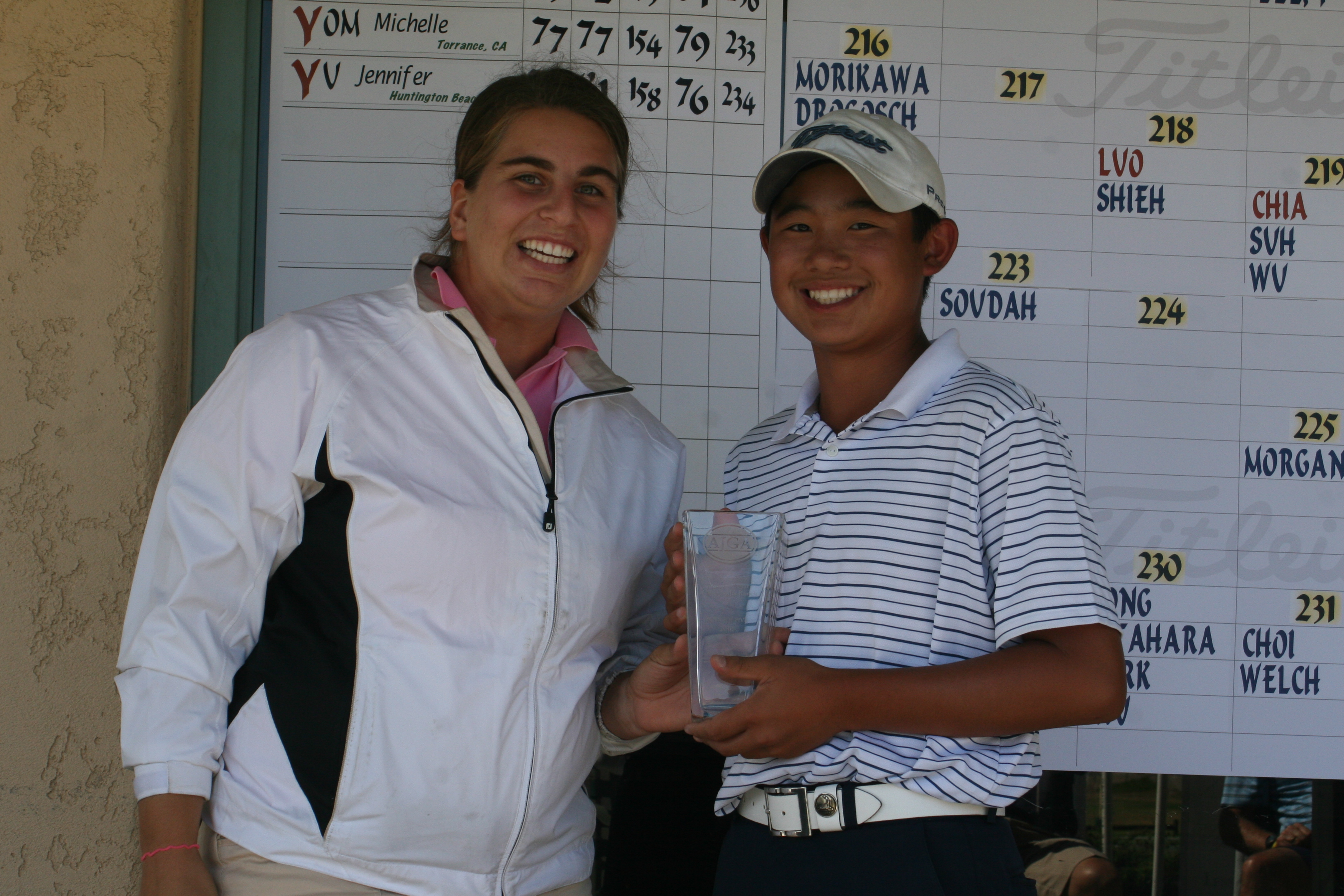 A young Collin Morikawa competing on the AJGA. (AJGA photo)

“Collin had an interesting mix. He was curious yet creative. He certainly wanted to know the causes and effects of how A+B=C, but he processed it in a way that I think is best for an athlete, which is creative and athletic and not trained to be perfect. He wanted to understand the why. Once he got that answer, it was awesome. I’ve always told him if I don’t have the answer, I will find it for him. He knew I was never going to BS him.”

“We constantly assessed a tournament not on why he won or didn’t but what did he learn. When he was 16, he played in a tournament at PGA National where they play the Honda Classic, and he came back and said, ‘Rick, I played poorly because I don’t know how to flight my irons in the wind,’” Sessinghaus said. “He said, ‘We need to learn how to flight my irons.’ He wasn’t the victim because it was windy. He took ownership. He never made excuses. That was different.”

The connection grew by the day and remains as strong as ever. And both are continuing journeys to better places.

“The best thing Rick brings to me is his thirst for knowledge, his quest to learn new things and get better,” Morikawa said. “Yes, we’re trying to get better at what we are great at, but Rick is looking for things we’re not great at and try to get better in those areas, whether it deals with the mental process or the golf swing. We’re always trying to gain an advantage.

“I just want to observe and learn and know as much as possible with what’s going on around me. Whether I love the topic or not, if I’m in that situation, I want to learn about it. I want to know how something works; I want to know the history of something. That’s just kind of how my brain works.

“I’m a pretty observant person. So is Rick. So it’s a perfect match.”

How to watch the PGA Championship at Kiawah Island