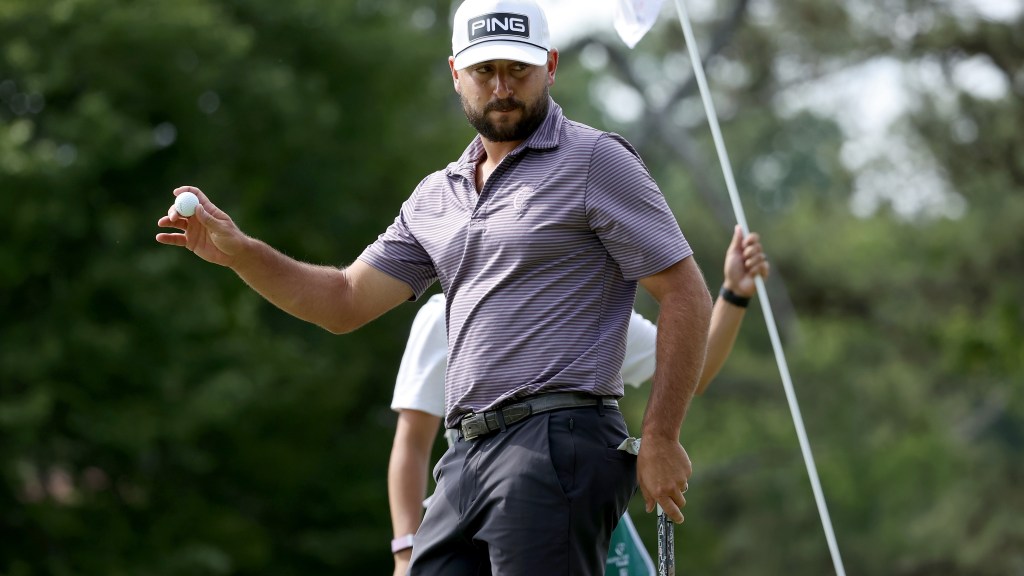 For Stephan Jaeger, promotion to the PGA Tour is just 18 holes away.

Looking for his third win of the season, which would earn him automatic promotion to the big leagues, Jaeger kept his foot on the gas and extended his lead at the Korn Ferry Tour’s Visit Knoxville Open on Saturday.

The 31-year-old fired a 5-under 65 at the Donald Ross-designed Holston Hills Country Club. The German has made just one bogey all week and sits at 19 under, three shots clear of Greyson Sigg, who earlier in the week tied the course record with a 61.

In the combined season, Jaeger has wins at August’s Albertsons Boise Open and last month’s Emerald Coast Classic at Sandestin. With a win this week, Jaeger would join a list of 12 players who have earned three-win PGA Tour promotion and would tie Jason Gore’s record for most Korn Ferry Tour wins at seven.

“I’m still nervous. I hope that never goes away because it’s fun, but I’m comfortable with my game and I’m hitting my driver good and I’m putting well, and that’s a good combo on a golf course like this,” said Jaeger. “I’m really excited to play with Greyson (Sigg) tomorrow, we’re good buddies so we’re going to have a good time.”

Looking for his second career win – his first came in 2006 – Kyle Reifers is T-3 at 14 under alongside Harrison Endycott. If Reifers, 37, is able to overcome the five-shot deficit, he’ll set the record for longest span between wins at 14 years, 10 months and 21 days. The current record? Eric Axley at 12 years, 11 months and 14 days.

Augusta National making big changes? Aerial photos appear to show several
The U.S. Open is open again for the likes of Captain Kyle Westmoreland
U.S. Open: Despite sore heel, Jordan Spieth back in step with game and ready for treacherous Torrey Pines
After a morning call from Gary Player, Garrick Higgo earns first PGA Tour win at Palmetto Championship in second start
U.S. Open 2021: Why the Brooks-Bryson pairing NOT happening is for the best