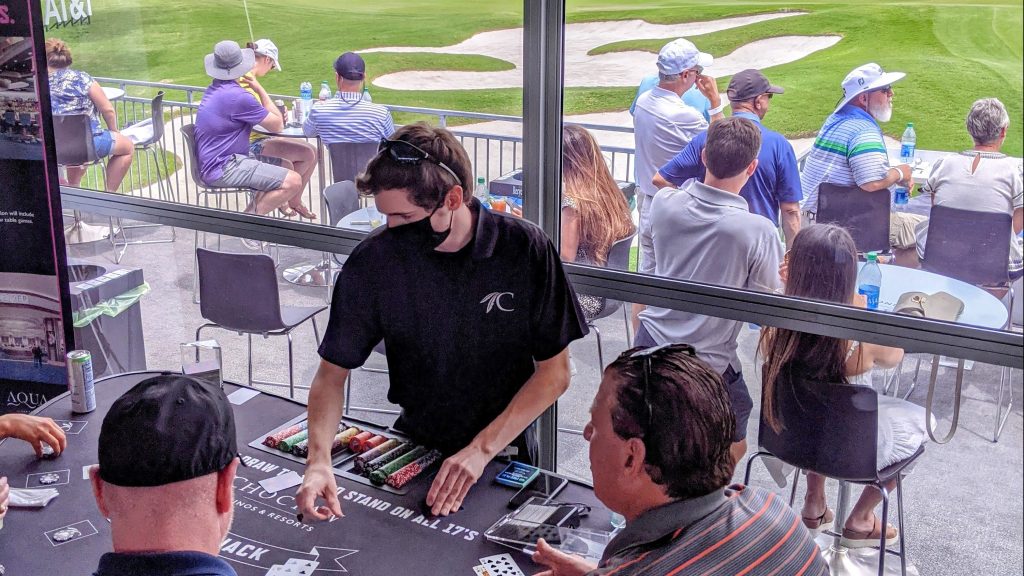 MCKINNEY, Texas – Scoot over, 16th hole at TPC Scottsdale. The PGA Tour might have new royalty when it comes to golf insanity.

The 17th hole at TPC Craig Ranch, the new venue for the AT&T Byron Nelson, is enclosed much like the famous 16th at Scottsdale, but the area comes with a new twist — you can play a hand of blackjack or throw some dice while watching.

This comes courtesy of the Choctaw Club, a massive complex that sits alongside the 16th green with views of Nos. 12, 13, 14, 15 and 17, provided in association with a casino that sits just over the Oklahoma border. The games are simply for fun, however. Tickets start at $425 per day and include an open bar and “premium buffet.”

The club is one of many that line the closing stretch of holes during an impressive array of hospitality choices. Although players are scoring at will this week at the new course, the move was made largely because the Tom Weiskopf design could accommodate larger gatherings.

Developer and course namesake David Craig spent nearly 20 years telling just about anyone who would listen, that one day the AT&T Byron Nelson would be played at his TPC Craig Ranch golf course. 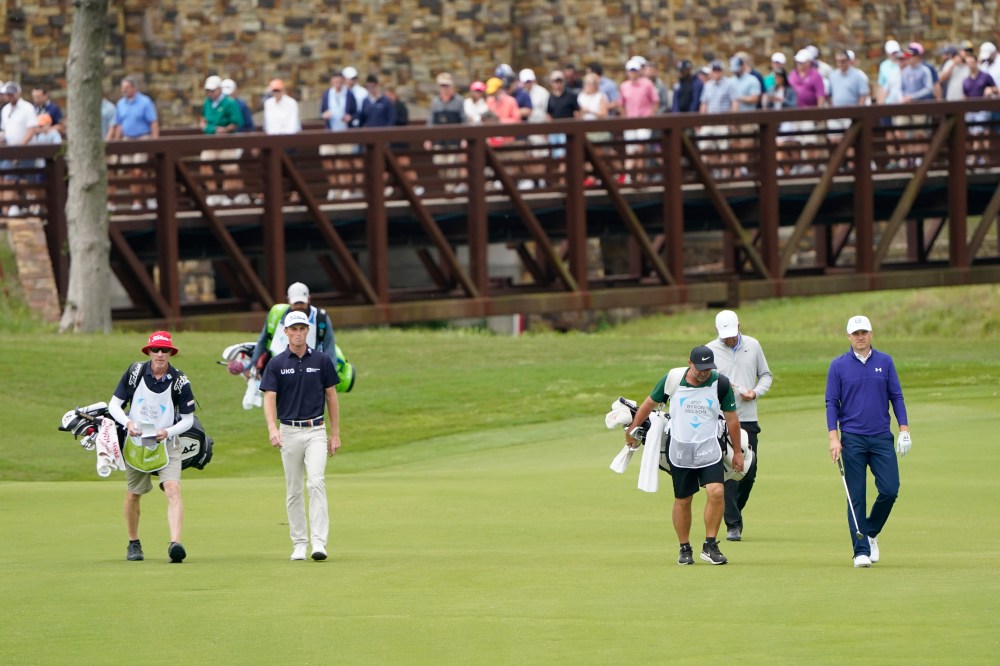 As the golf-inspired, socially-infused chaos spread out before him on a sunny Saturday afternoon, even he had a hard time believing what he was seeing.

“It’s far exceeded my expectations. It’s beyond my wildest dreams. The site is great, the players are outstanding and the fans are having a good time,” he said from his perch of massive sponsor tents behind the 18th green.

If he needed any backup to his observation, he could ask the thousands of eating and drinking fans all around the shaded sponsor tents which backed both the 9th and the 18th greens and totally encircled the par-3 17th. All were sold out for 2021 and most inked to a five-year contract, with individual villas themselves going for an annual sum between starting out at $25,000 and reaching as high as $125,000.

Craig said weekend grounds passes for the Nelson, long since sold out, were going for $400 on the secondary market with rooftop spots with food and drink included going for $800, a first for the Nelson since Tiger Woods arrived here in 1997 fresh off his initial Masters win.

For the annual PGA Tour event, the all-time charity fundraising leader with $167 million raised since 1968, the tagline for this year was, “The Party is Back.” If that’s the case, consider it mission accomplished. 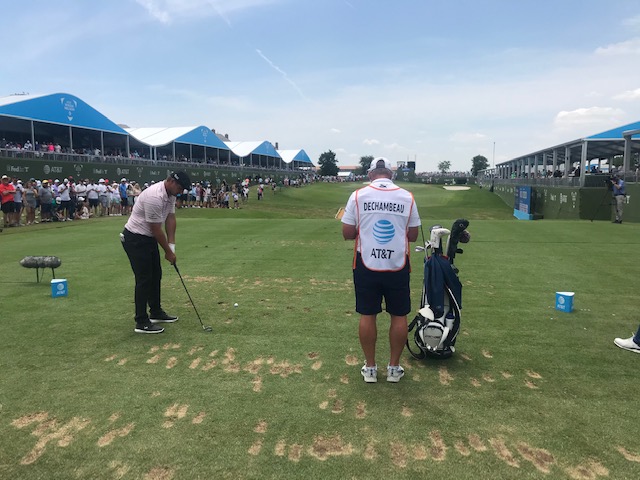 Bryson DeChambeau prepares to hit at the AT&T Byron Nelson at TPC Craig Ranch. The new facility is more fan-friendly.

The PGA Tour limited the Nelson to 12,500 fans, due to COVID regulations, but tournament director Jon Drago said the Nelson could have sold 100,000 tickets this week with no regulations due to the stellar field and new location inside an upscale development in the fastest-growing part of the region.

Craig added the par-3 17th, which he called a “Nelson cathedral of sound,” could hold 10,000. Craig said he and Tour officials, along with the sponsoring Salesmanship Club, agreed to a five-year deal at TPC Craig Ranch with a five-year option after that and he hoped the Nelson and Craig Ranch, plus the party atmosphere would be here for a long time to come.

“He told me almost every day, the Byron Nelson would be here and he could it bigger and better than anybody,” said former general manager Todd Harbour on hand to witness the spectacle. “He told everybody. It turns out he was right.” 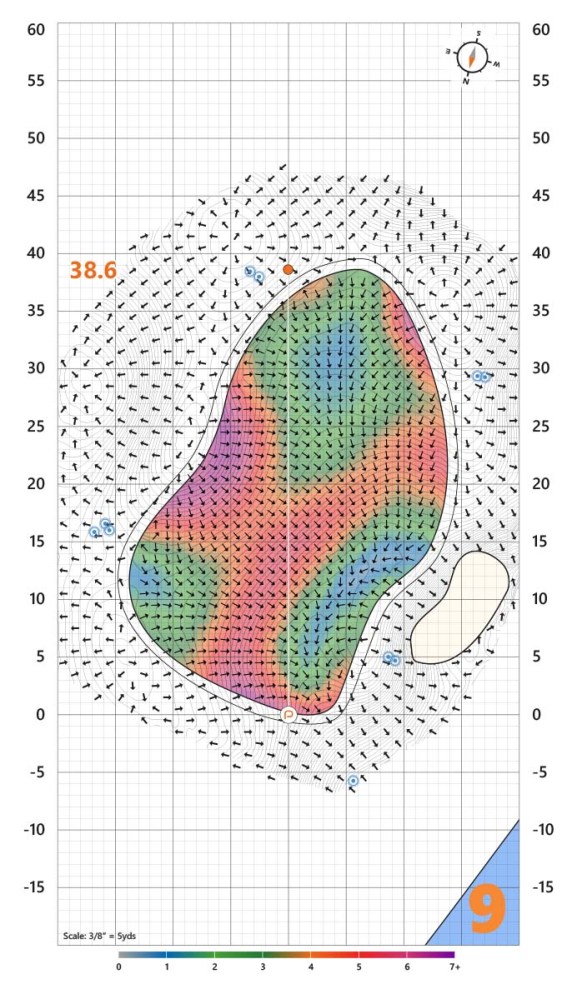 U.S. Open tee times, TV info for Thursday’s first round
How much money each PGA Tour player earned at the Palmetto Championship
Brooke Henderson will compete this week on the LPGA without sister Brittany on the bag for first time in five years
Georgia star Davis Thompson rallies to play the weekend at Palmetto Championship, his pro debut
U.S. Open 2021: Mike Davis thinks differently about his legacy as USGA CEO