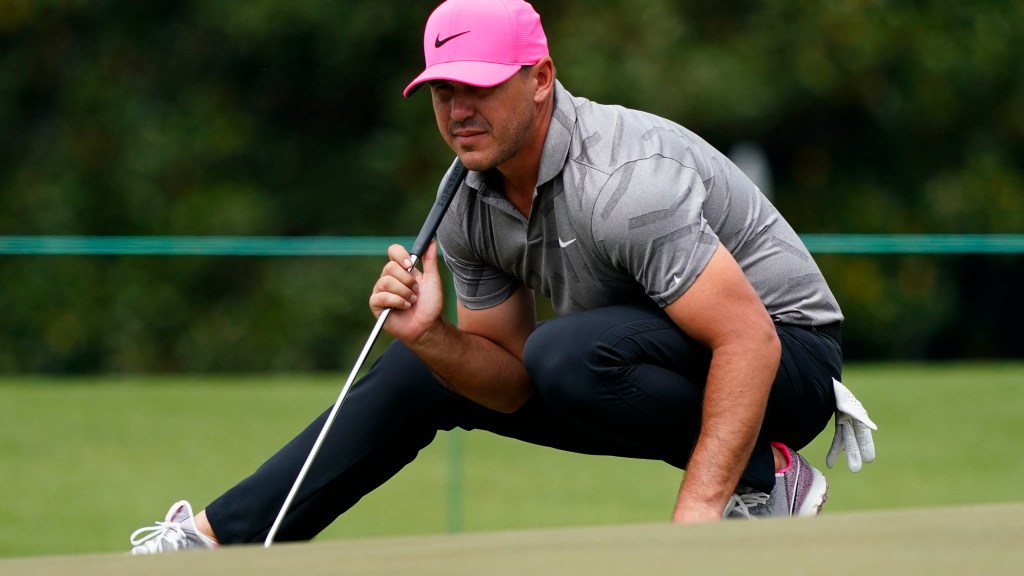 Brooks Koepka’s return to action this week at the AT&T Byron Nelson turned out to be a short visit to ‘Big D.’ The four-time major champion shot 71-70—141 at TPC Craig Ranch and missed the cut. It took 6-under 138 or better to play the weekend.

Koepka had some good company. Spain’s Sergio Garcia was among the first-round leaders but struggled to a 75 on Friday. Englishman Matt Fitzpatrick also can head to Kiawah Island, South Carolina, site of next week’s PGA Championship, early after snapping a streak of playing seven straight weekends.

The cutline moved late in the day and sent Rickie Fowler, Jason Day and Jimmy Walker packing. Cameron Champ birdied the last hole to make it on the number along with Masters champ Hideki Matsuyama and Masters runner-up Will Zalatoris. Sam Burns (-17) is setting the pace for the 72 golfers who will compete on the weekend for the trophy. 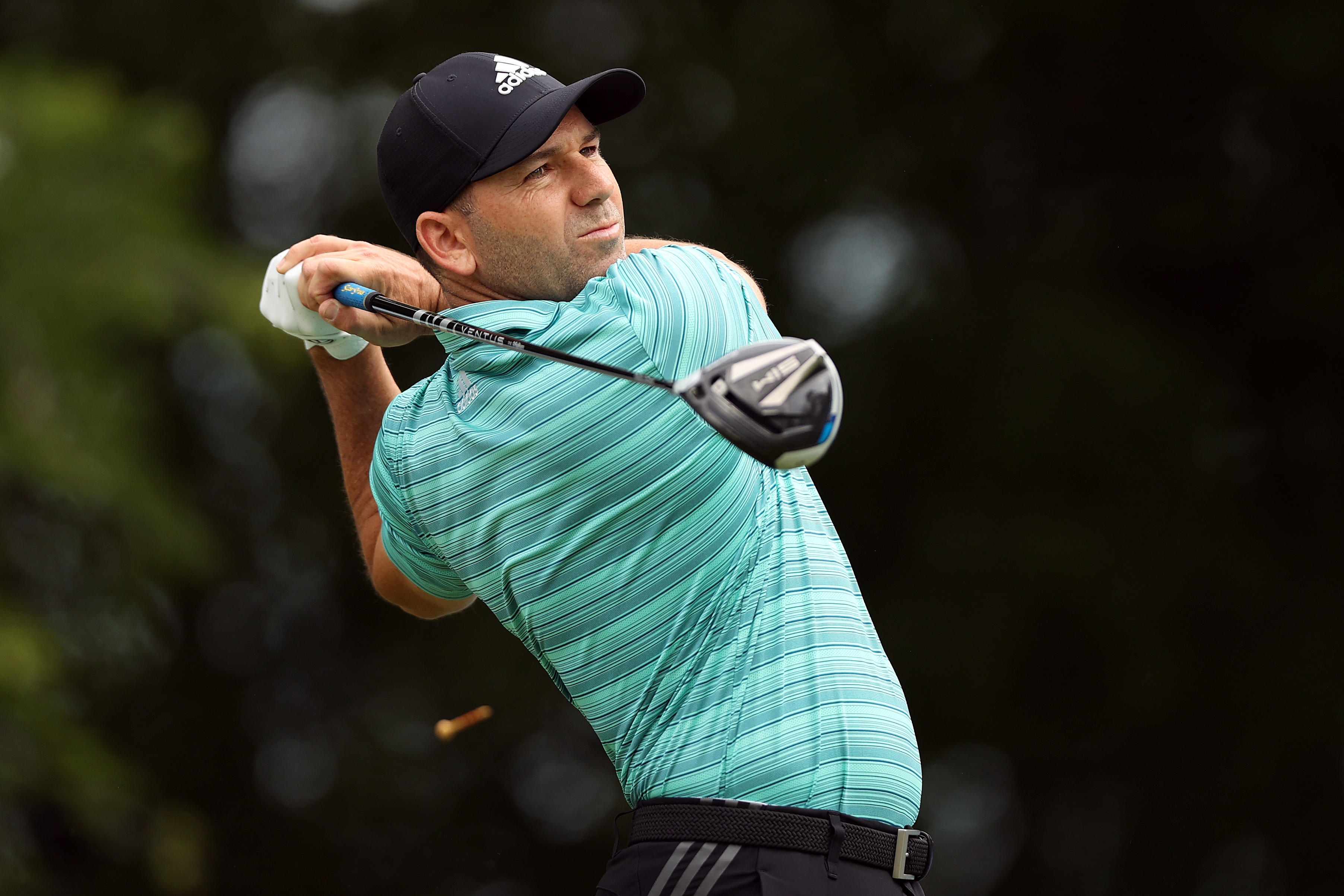 Sergio Garcia hits his tee shot on the 2nd hole during round one of the AT&T Byron Nelson at TPC Craig Ranch on May 13, 2021 in McKinney, Texas. (Photo: Matthew Stockman/Getty Images)

Garcia, the former Masters champion, looked as if he’d be in the trophy hunt on Sunday after opening with 7-under 65 on Thursday. But he stumbled on Friday, shooting 3-over 75. His lip-out birdie putt at the last summed up his day. Garcia limps into the PGA next week having missed three consecutive cuts. 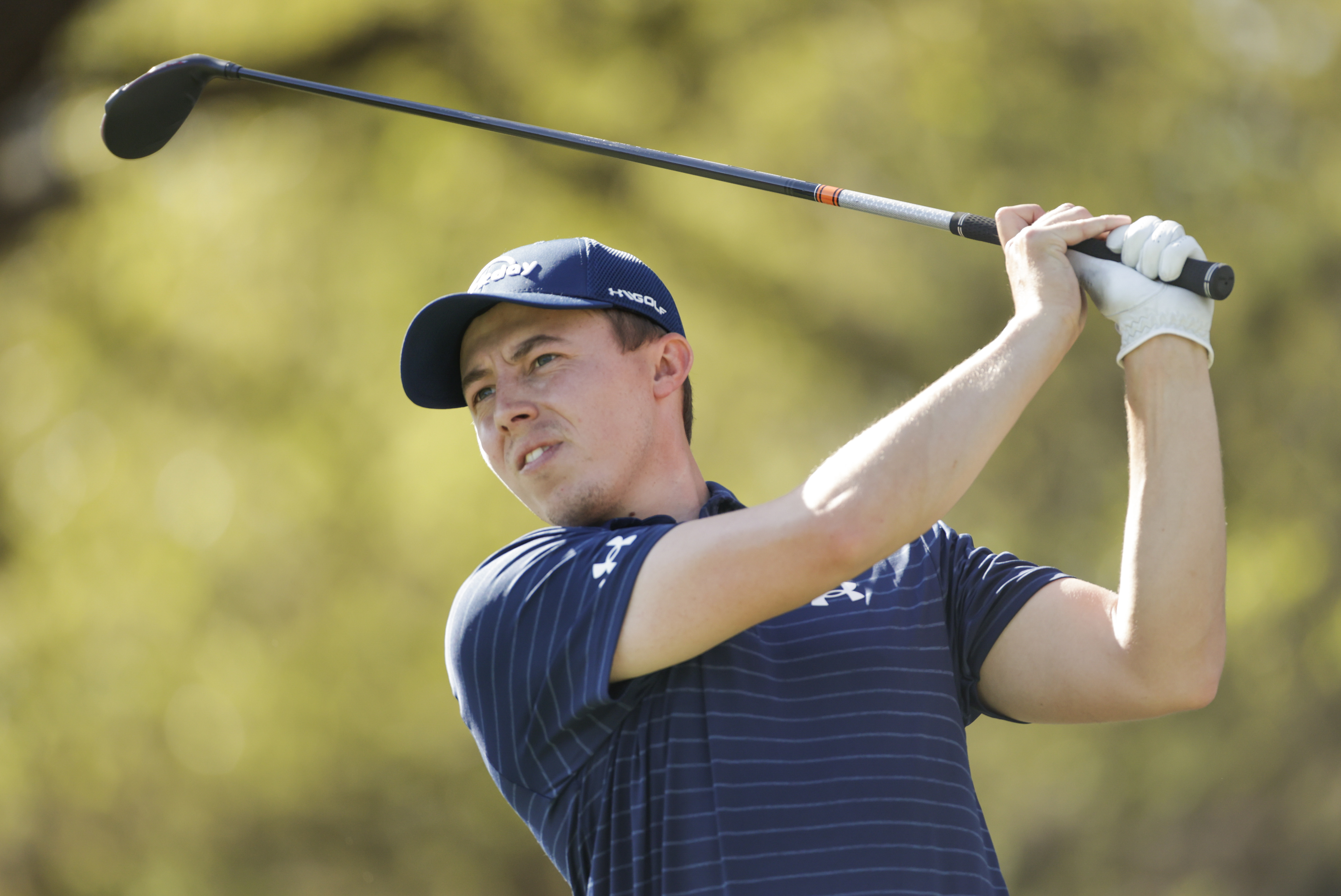 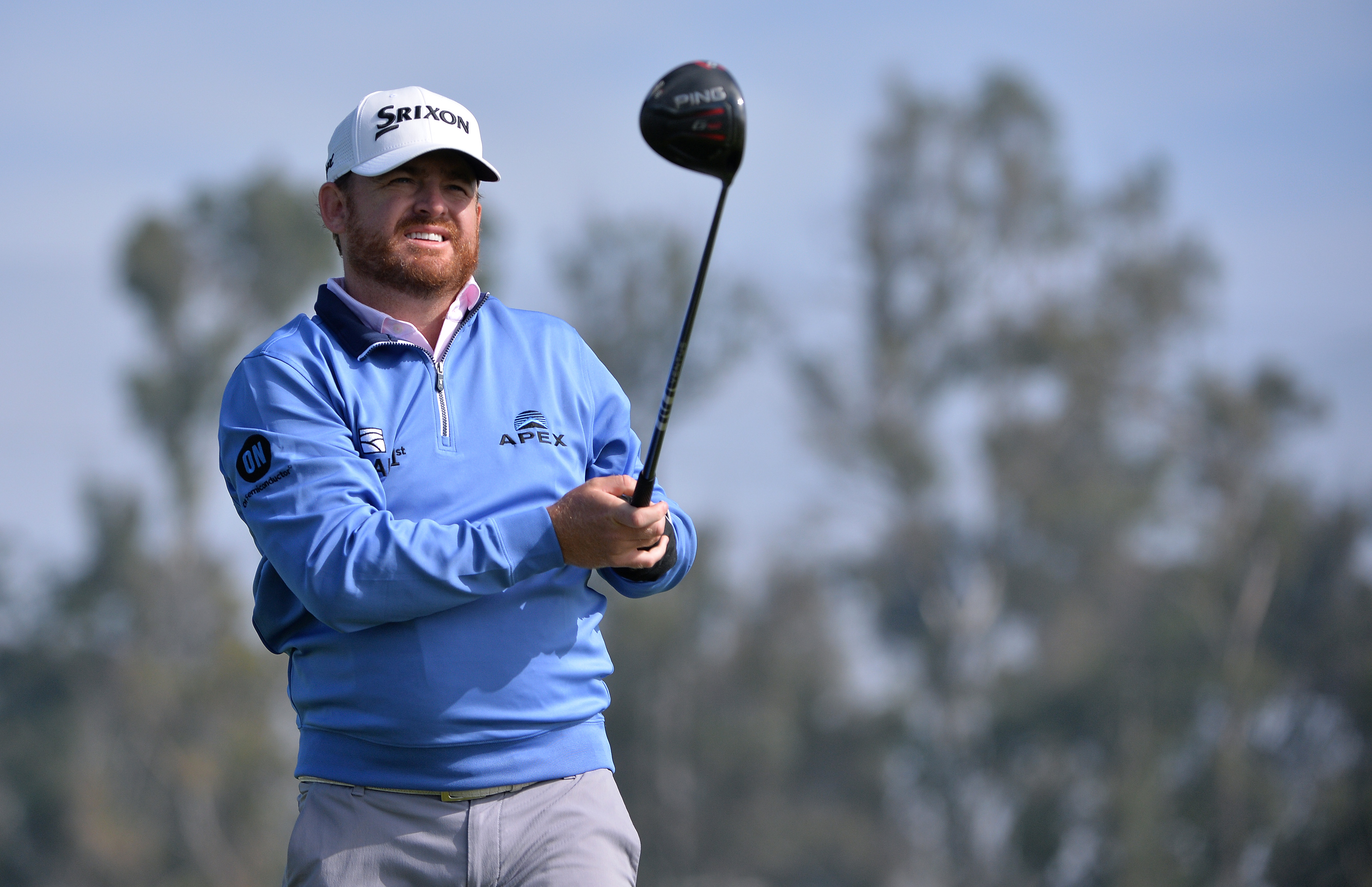 The trials and tribulations of J.B. Holmes continued in Texas. Holmes has missed five of six cuts and hasn’t finished better than T-46 this season. He entered the week ranked No. 209 in the Fed Ex Cup standings and rounds of 74-69—143 sent him packing. 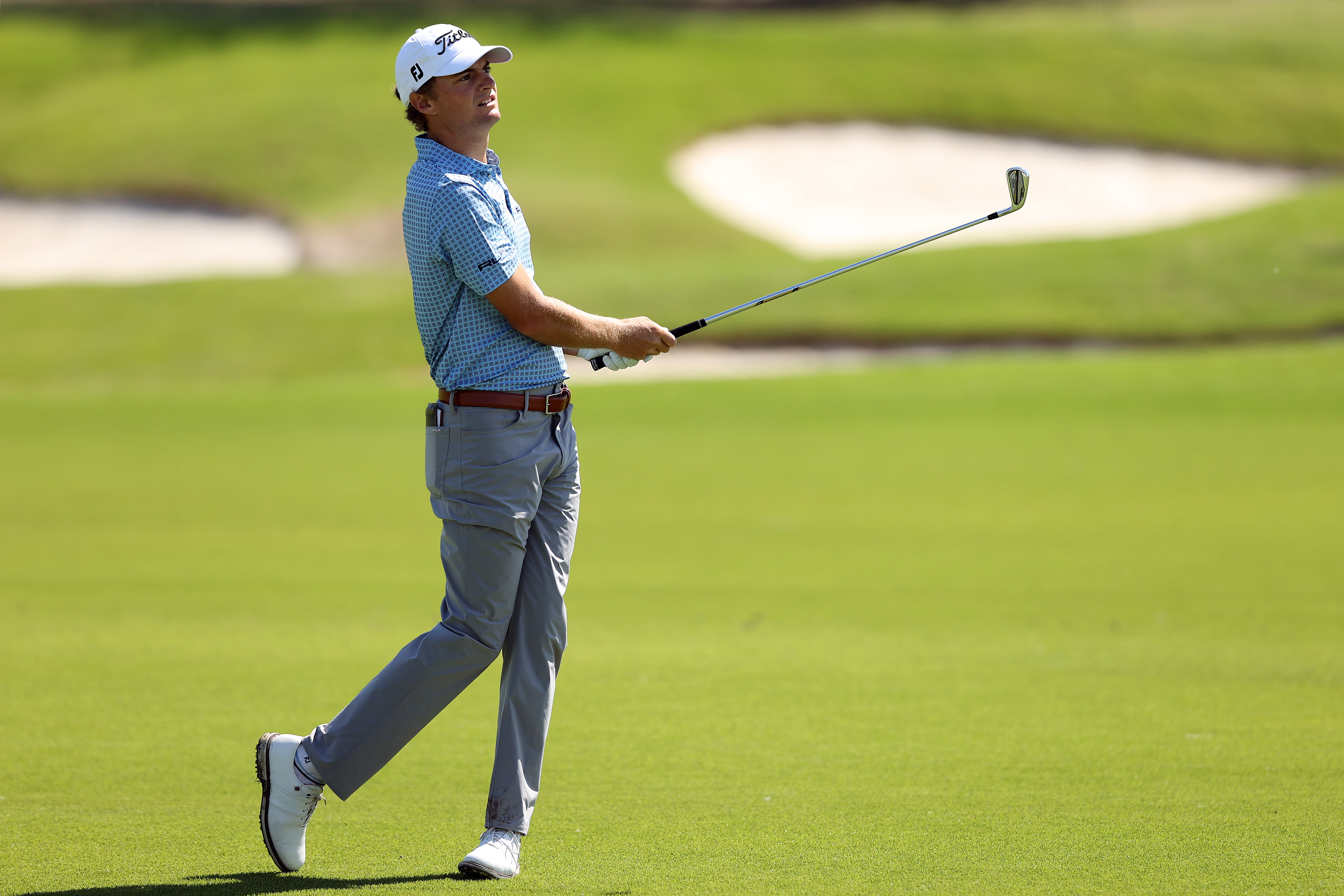 Tyler Strafaci hits from the fairway on the 18th hole during round one of the AT&T Byron Nelson at TPC Craig Ranch on May 13, 2021 in McKinney, Texas. (Photo: Matthew Stockman/Getty Images)

Tyler Strafaci lost nearly 20 pounds last week from a stomach virus that struck both teams at the Walker Cup. Nevertheless, Strafaci made his professional debut on the PGA Tour at the AT&T Nelson (thanks to a sponsor invite) and he may still not have been at full strength. He shot 70-80—150, and failed to beat a player in the field who completed 36 holes. (His fellow Walker Cup teammates, amateurs Cole Hammer and Pierceson Coody, both missed the cut too.) Strafaci’s next start will be in two weeks at the Charles Schwab Challenge. 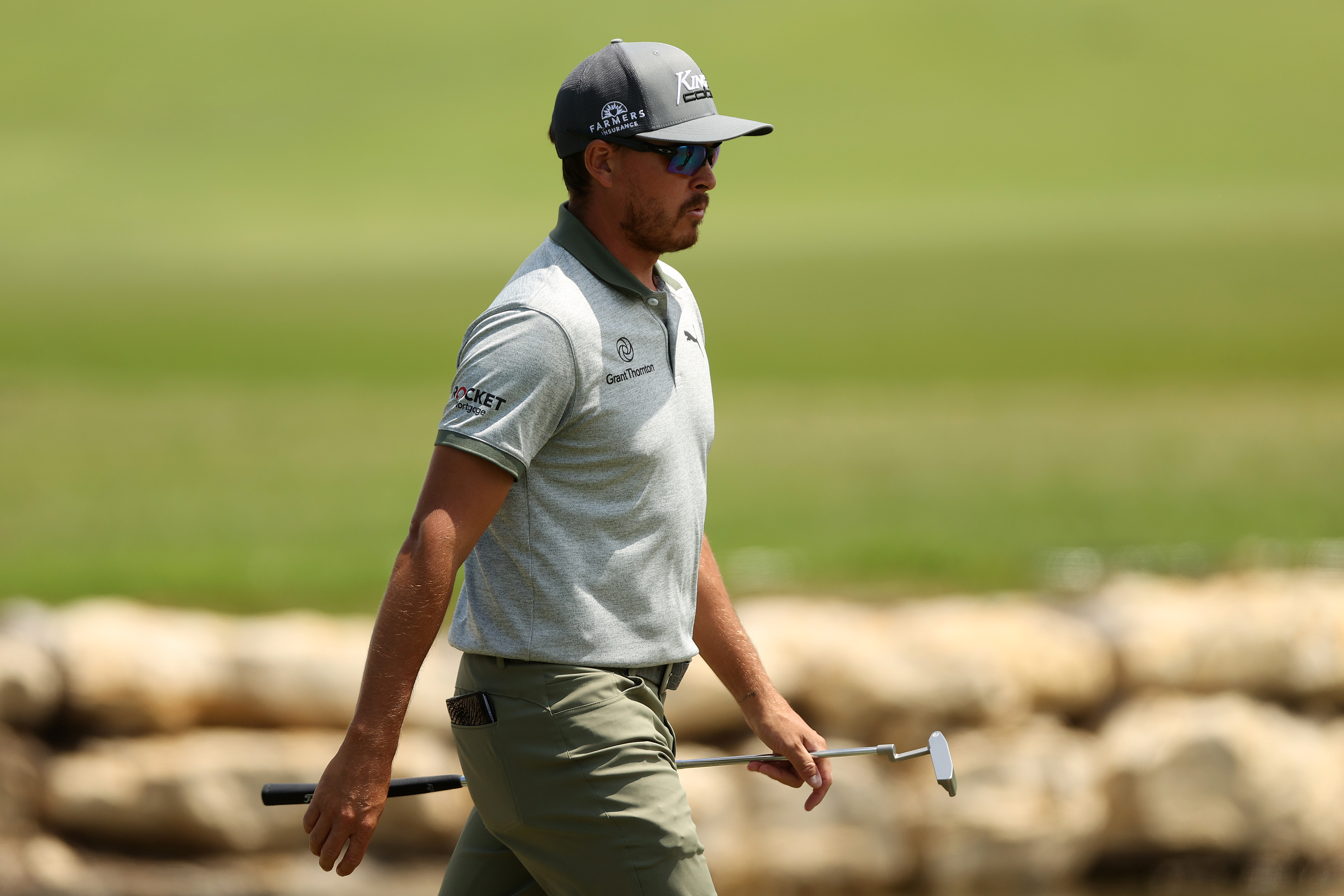 Rickie Fowler walks on the 18th hole during round two of the AT&T Byron Nelson at TPC Craig Ranch on May 14, 2021 in McKinney, Texas. (Photo: Matthew Stockman/Getty Images)

After opening with 67, Rickie Fowler can’t be happy with himself. His putter, which traditionally has been the best club in his bag, let him down on Friday. He ranked No. 153 out of 155 players in Strokes Gained: Putting, and lost nearly four strokes to the field en route to shooting even-par 72 and missed the cut by a stroke. 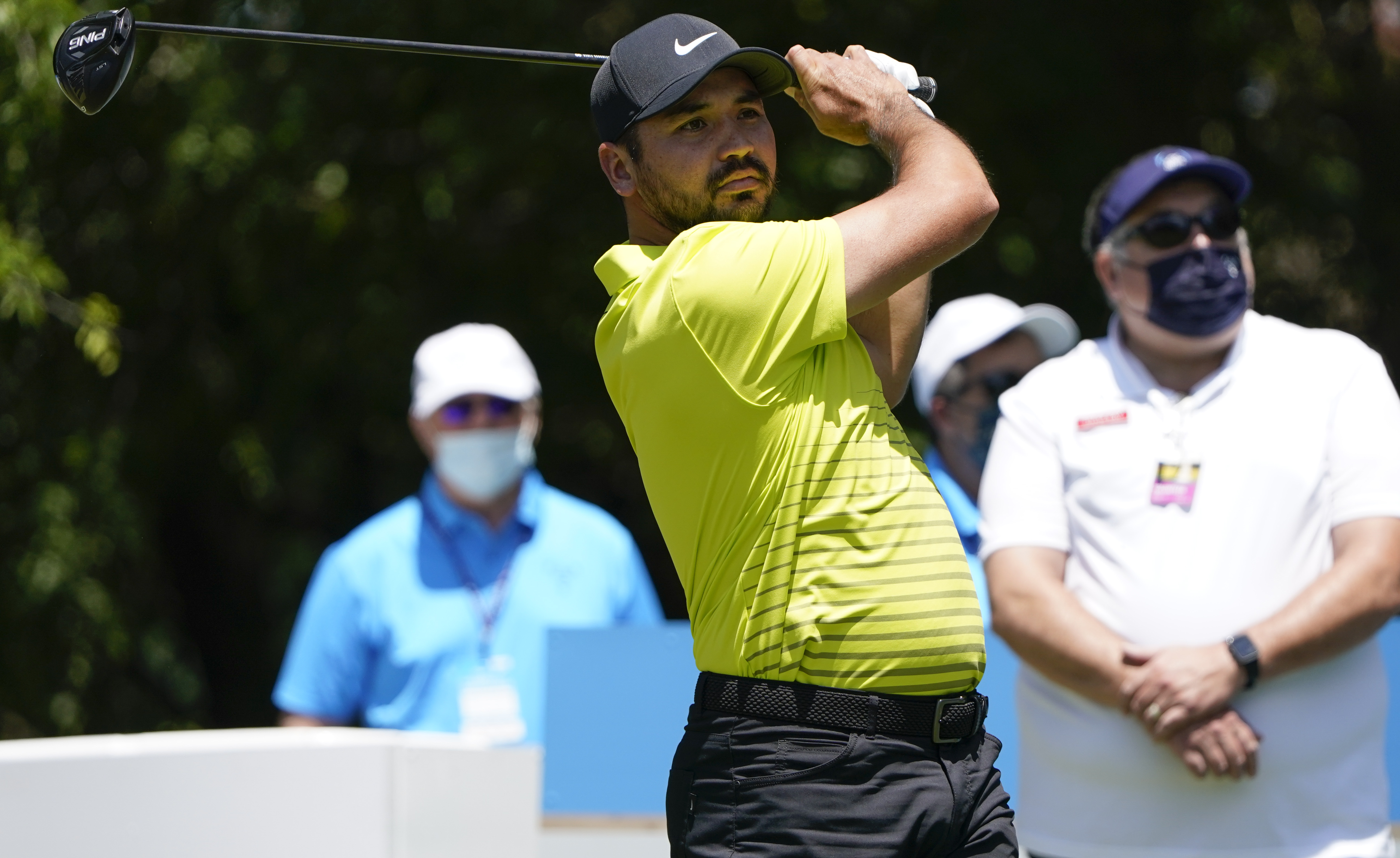 Jason Day plays his shot from the second tee during the first round of the AT&T Byron Nelson. (Photo: Jim Cowsert-USA TODAY Sports)

Day, whose wife is due any day now with the couple’s fourth child, can head home early after shooting 70-69—139 to miss the cut by a stroke. He made birdie on two of the final four holes but it wasn’t enough to avoid his third straight missed cut. Day putted poorly on Thursday and hit only 5 of 14 fairways on Friday.

How much money each PGA Tour player earned at the Palmetto Championship
The favorites, the long shots and those without a hope at the U.S. Open
U.S. Open 2021: How a ‘reprogrammed’ Xander Schauffele plans to turn his major near-misses into a breakthrough win
U.S. Open: Can Rory McIlroy kick ‘Thursday-itis?’
U.S. Open heat index: Who to pick at Torrey Pines?