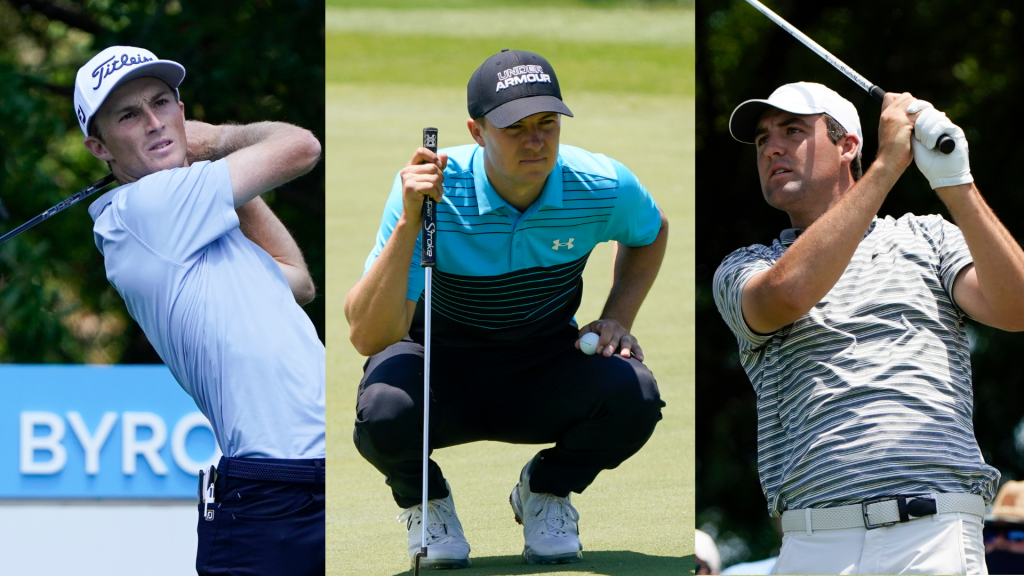 McKINNEY, Texas — On a sunny PGA Tour Thursday, it was just three longtime junior golf buddies, now all PGA Tour young stars and multi-millionaires, Dallas’ Jordan Spieth, Will Zalatoris and Scottie Scheffler. All enjoying a relaxing, historic stroll at the TPC-Craig Ranch Thursday during the first round of the AT&T Byron Nelson.

Together, they combined to play 199 times in Northern Texas PGA junior golf tournaments, with 63 wins between them, but before the opening PGA Tour round, they had never played in the same group in a competitive tournament, much less a professional event.

That was enough Lone Star golf history to bring out the vast majority of the 12,500 COVID-limited fans, lining the fairways six-deep at points to see the former Dallas golf prodigies turned young PGA Tour kings.

Three major golf championships (Spieth), a rookie of the year honor (Scheffler) and a breakout Masters runner-up in your first appearance (Zalatoris) will do that for you. 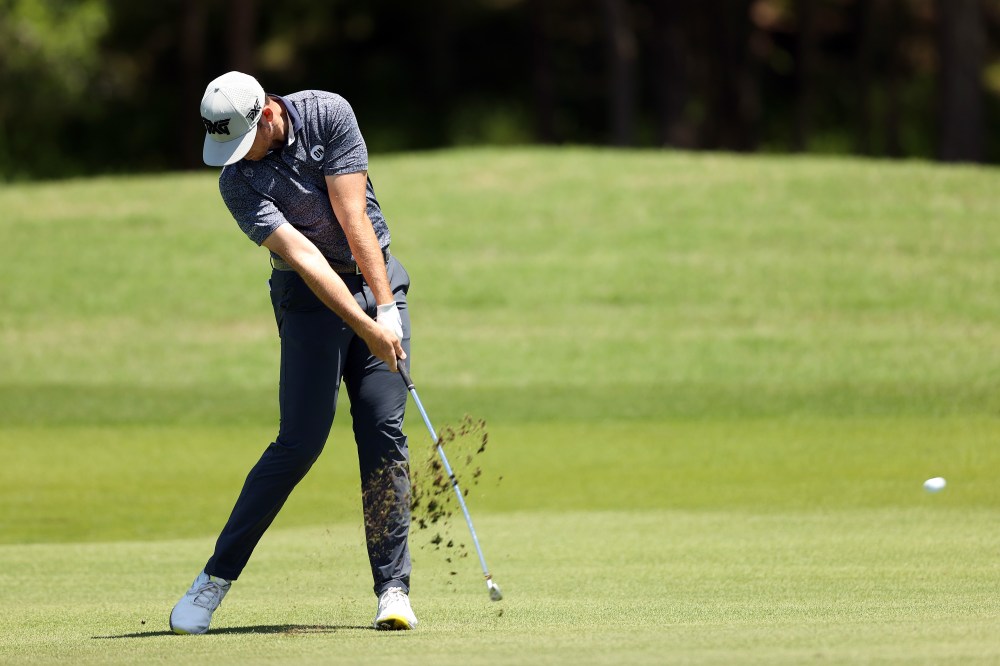 All eyes were on the trash-talking, rib-poking, high-fiving group of friends.

“You could have given me that putt,” Zalatoris, 24, told Scheffler, also 24,  as they walked off the par 5 fifth hole — after Will Z nearly holed an eagle chip. “I said, are we good?

“Sorry, I tried,” Scheffler replied with a wide grin.

Spieth, 27, could only smile at his buddy’s trash-talking, adding in his remarks, while walking between holes, his thoughts on the recent Dallas Cowboys draft and the best places to eat near where all three live in Dallas.

‘It’s remarkable, it really is,” said Northern Texas PGA executive director Mark Harrison who was following the group. “To see three kids who started out as juniors, playing in front of thousands at home, you almost can’t believe it.”

How remarkable? PGA Tour stats guru Jordan Ray estimated the odds of three players, who began in the same junior golf section, at the same time, playing in the Masters Tournament in the same year, as all three did in April, at 24 — then followed by 12 zeros — or an astronomical number. 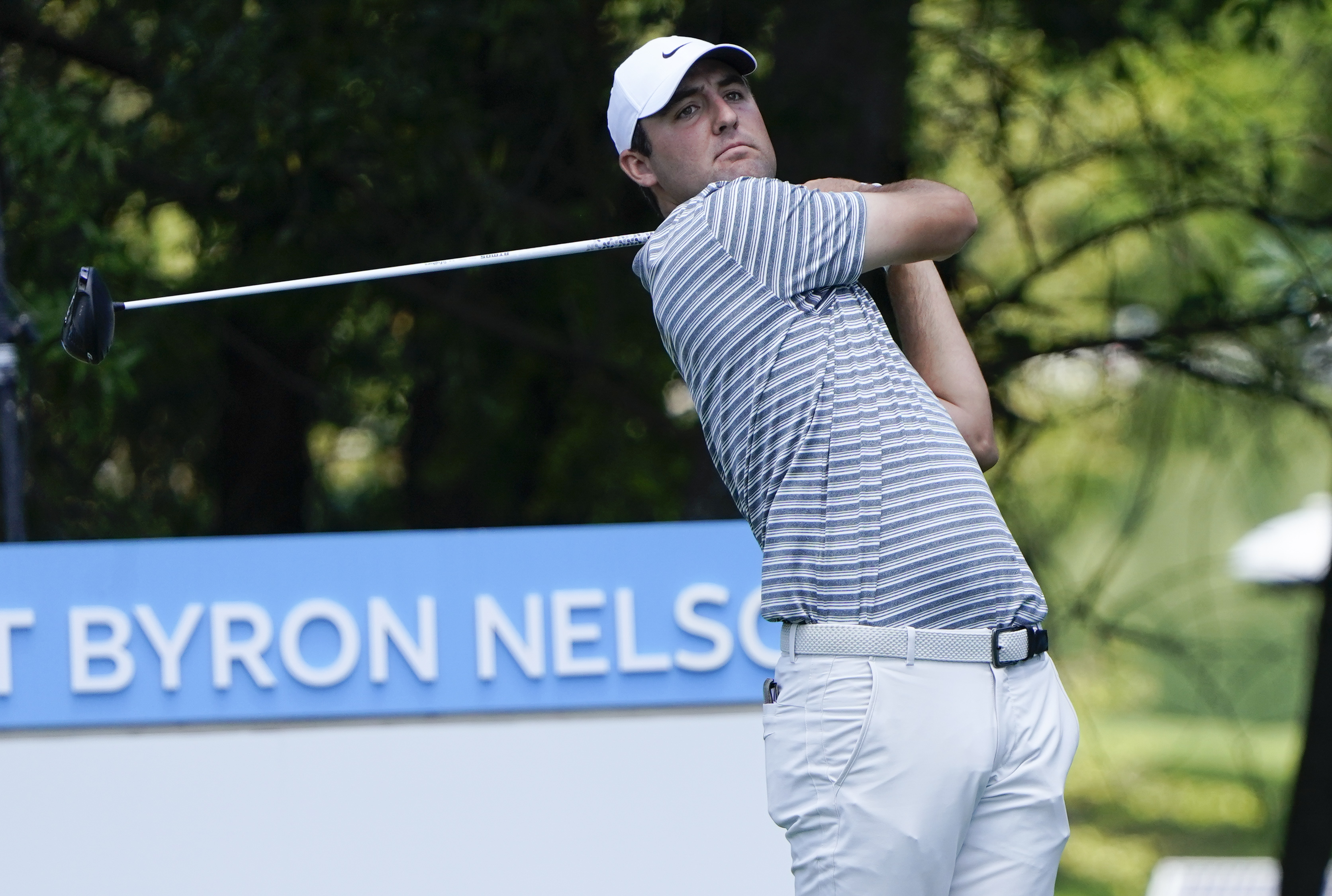 May 13, 2021; McKinney, Texas, USA; Scottie Scheffler plays his shot from the second tee during the first round of the AT&T Byron Nelson golf tournament. Mandatory Credit: Jim Cowsert-USA TODAY Sports

“Play well,” Zalatoris told Scheffler with a large dose of sarcasm on the first tee before they began their round under the watchful eye of Peggy Nelson, the former wife of golf legend and tournament namesake Byron Nelson.

“Scottie kicked my butt a lot more times than I kicked his when we were juniors,” Zaltoris said before the round started.

Large gallery following the Spieth/Zalatoris/Scheffler group. At least five deep all around the green. Pretty impressive, especially given the 20-25% capacity this event is operating at. pic.twitter.com/wt4cDIUBOM

Spieth, who won their 2006 Ewing Junior Classic junior golf showdown in nearby Garland, 74-77-86 over Zalatoris and Scheffler respectively, could only chuckle in the background before quickly taking the lead again.

He poured in a 15-foot birdie putt on the par-4 first hole and never trailed in the opening nine holes, shooting a 31 on the front nine with Scheffler at 32 and Zalatoris at 35.

Publicly, the three said there was no side bet to be won on Thursday.

“Not this time,” added Zalatoris.

But golf bragging rights among friends, multi-millionaires or not, last forever.

U.S. Open 2021 picks: 5 secrets from a data scientist to win your U.S. Open pool
U.S. Open 2021: Jon Rahm defends tour on COVID policy, but isn’t happy with way news was handled at Memorial
D. Johnson starts strong in S.C., 1 shot off lead
Brooke Henderson will compete this week on the LPGA without sister Brittany on the bag for first time in five years
Mickelson shuts out noise in prep for U.S. Open