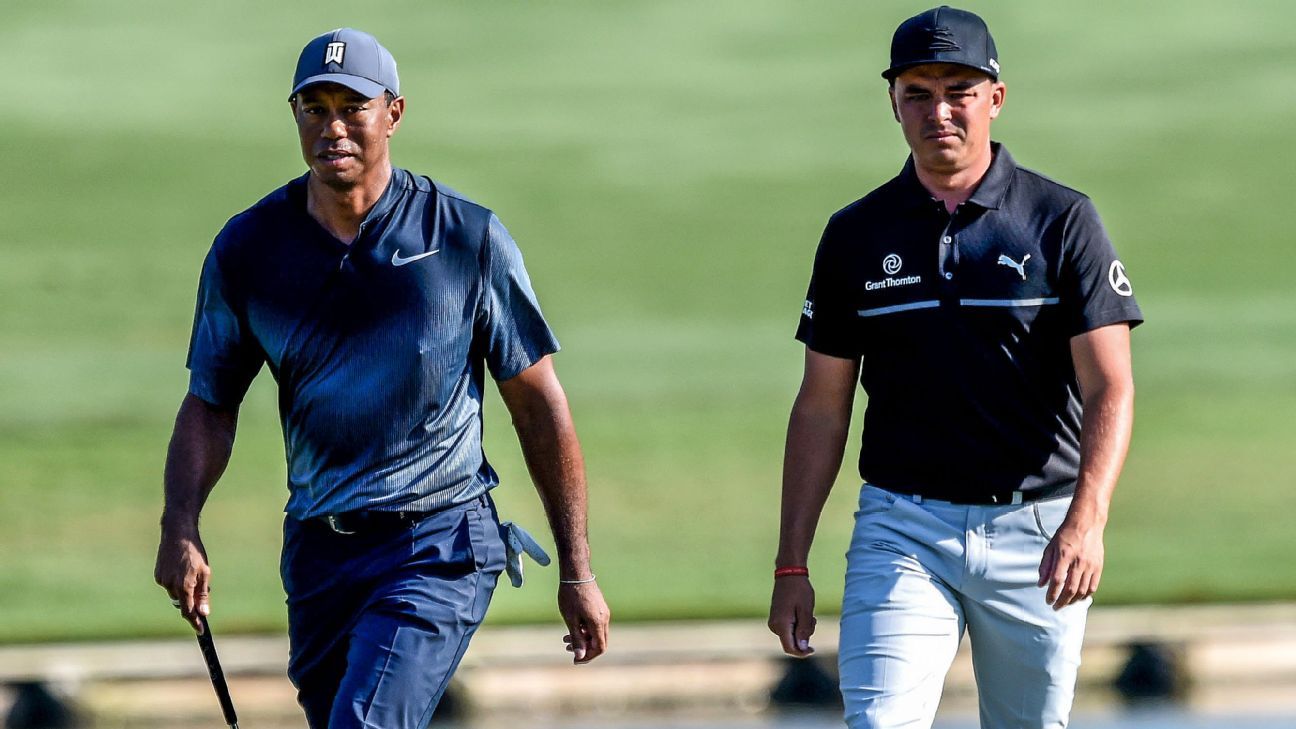 CHARLOTTE, N.C. — After a month off that included missing his first major championship in more than 10 years, Rickie Fowler went back to work Thursday at the Wells Fargo Championship, trying to regain his form to make sure no more majors are missed in the future.

And he revealed after shooting 1-under-par 70 at Quail Hollow that he spent some of his time with Tiger Woods.

In fact, Fowler visited Woods at his home last month in Jupiter, Florida, where they watched the first round of the Masters together.

Woods, the five-time winner of the Masters, is recovering from serious injuries suffered in a one-vehicle car crash on Feb. 23. Fowler was missing his first major championship since the 2010 U.S. Open.

“It was fun to be able to do that, talk about the course,” said Fowler, 32, who had played in 41 consecutive major championships before failing to qualify for the Masters. “And we were watching Thursday (the first-round on April 8) and just how firm and fast and kind of such a fine line Augusta can be.

“We were both very disappointed that we couldn’t be out there to experience it because it’s very few times where you do get to see Augusta that firm and fast.”

Woods, who on April 23 released the first photo of himself since the accident in which he was in his backyard on crutches with a cast covering his right foot and ankle, has not played in an official tournament since he tied for 37th at the November Masters, postponed in 2020 due to the coronavirus pandemic.

Fowler said Woods was in a good frame of mind considering all he’s been through.

“He’s not lacking any fire in there right now,” Fowler said. “Never has. For what he’s dealing with… JT (Justin Thomas) had been over there a handful of times before I got to go over and see him. Rory (McIlroy) stopped by. And that was one thing JT told me. He went over pretty much right after (Woods) got back from L.A. (where he was hospitalized) and JT told me, honestly, he was a lot better than I expected. So that was good to hear.

“Then to get over there and see him getting around, and now you guys have seen some of the pictures that he’s posted and he’s out and about a little bit. Because early on it was more so he had to keep his leg up for inflammation, couldn’t be walking around on crutches that much, although I’m sure he wanted to because he didn’t want to just be laid up.

“So it was good to see him. Hung out and spent some time with (son) Charlie, and (daughter) Sam was there for a little bit before she had to go to soccer practice. I’m just I think his main focus and concern is getting back to being a dad, go play golf with Charlie, push him around, and be able to run around with Sam. But his golf clubs are right there in the living room and he can stare at them all he wants.”

Fowler, who has dropped to 116th in the world, last played at the Valero Texas Open the week prior to the Masters and tied for 17th. That was his best finish going back to a tie for 15th last August at the WGC-FedEx St. Jude Invitational. During that span, he missed six cuts. The last of his five PGA Tour victories came in 2019 at the Waste Management Phoenix Open. He was ranked eighth in the world following that victory.

Despite his poor form, Fowler received a special exemption to play in the PGA Championship in two weeks, which has led to some controversy due to his lack of success. The PGA, however, typically offers between 30 and 40 exemptions every year, seeking to have every player among the top 100 in the world in the field. Fowler was ranked a career-high fourth in the world in 2016.

After that, the next step is getting in the U.S. Open. Fowler would need to be among the top 60 in the world by May 24 or June 7 cutoffs; short of that, he will play in 36-hole sectional qualifying on June 8 in Columbus, Ohio, following the Memorial Tournament.

As for the story of the week in golf, the Premier Golf League/Super Golf League concept, Fowler said he and his team have been approached and that he is waiting to see how it plays out.

“There’s a lot that needs to happen for that to even move forward,” he said. “I can’t say that I’m in, out or whatever. I still think the (PGA) Tour is the best place to be. So we’ll see what happens, but we’re happy where we are.”