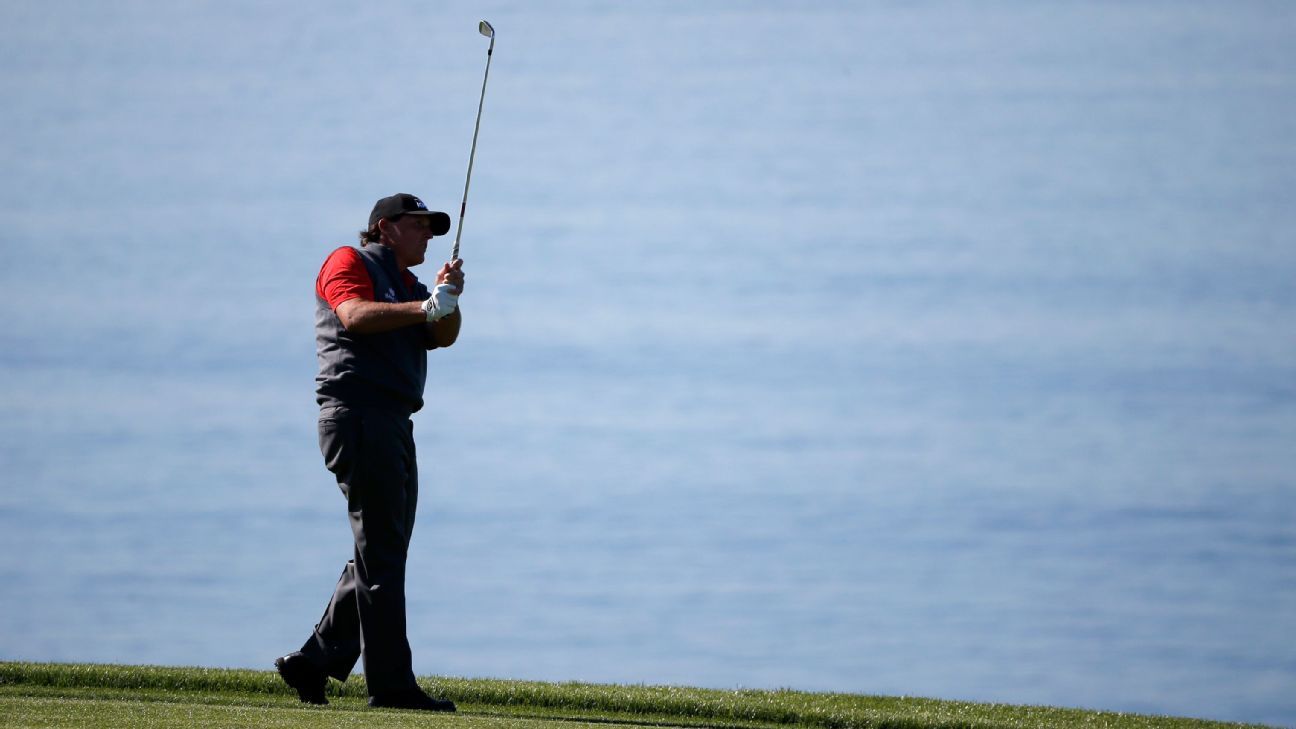 PALM HARBOR, Fla. — Phil Mickelson has a lot of work to do if he is going to be exempt for the U.S. Open in his hometown of San Diego.

But if he falls short, the five-time major champion — who is presently ranked 113th in the world — said Thursday he has not decided if he will accept a special exemption from the United States Golf Association to play in the 121st U.S. Open at Torrey Pines Golf Course.

“I don’t know; I just don’t know the answer to the right now,” Mickelson told ESPN said after shooting 2-over-par 73 at the Valspar Championship. “I’m scheduled to go through qualifying the day after the Memorial (Tournament) in Columbus (Ohio.)”

That is the most of any player to never have won the tournament, the lone major keeping Mickelson from completing a career Grand Slam. He has four other top-10s in the tournament.

Lefty has played in 31 U.S. Opens dating to his first as an amateur in 1990 and at one point played 23 in a row. He missed the 2017 U.S. Open due his daughter’s graduation and had played in ever previous one starting in 1995.

Last year, prior to the coronavirus pandemic, Mickelson said he would turn down a special exemption if offered to the U.S. Open, to be played at Winged Foot — where in 2006 a final-hole double bogey cost him a spot in a playoff.

Due to the pandemic, the USGA scrapped its usual qualifying system last year and went to an all-exempt plan, under which Mickelson made it into the field but missed the cut.

To be fully exempt, Mickelson needs to be among the top 60 by either May 24 or June 7. That likely means at least one top 3 finish or two in the top 5. He’s in danger of missing the cut at the Valspar Championship and is scheduled to play next week’s Wells Fargo Championship, the PGA Championship and the Memorial prior to the final cutoff.

Short of that, he can go through sectional qualifying, which awards spots to approximately half the 156-player field at various sites. The qualifying location he has already chosen is played over two courses in Ohio.

Since the U.S. Open is at Torrey Pines — where Mickelson has three times won the PGA Tour event played at the venue — it is possible that he might be more receptive to a USGA invite, although he said it wasn’t part of the decision.

“The venue doesn’t make a difference,” said Mickelson, who tied for 18th at the 2008 U.S. Open at Torrey Pines. “I just don’t know the answer yet.”

The USGA would typically announce any special exemptions by the middle of next month.