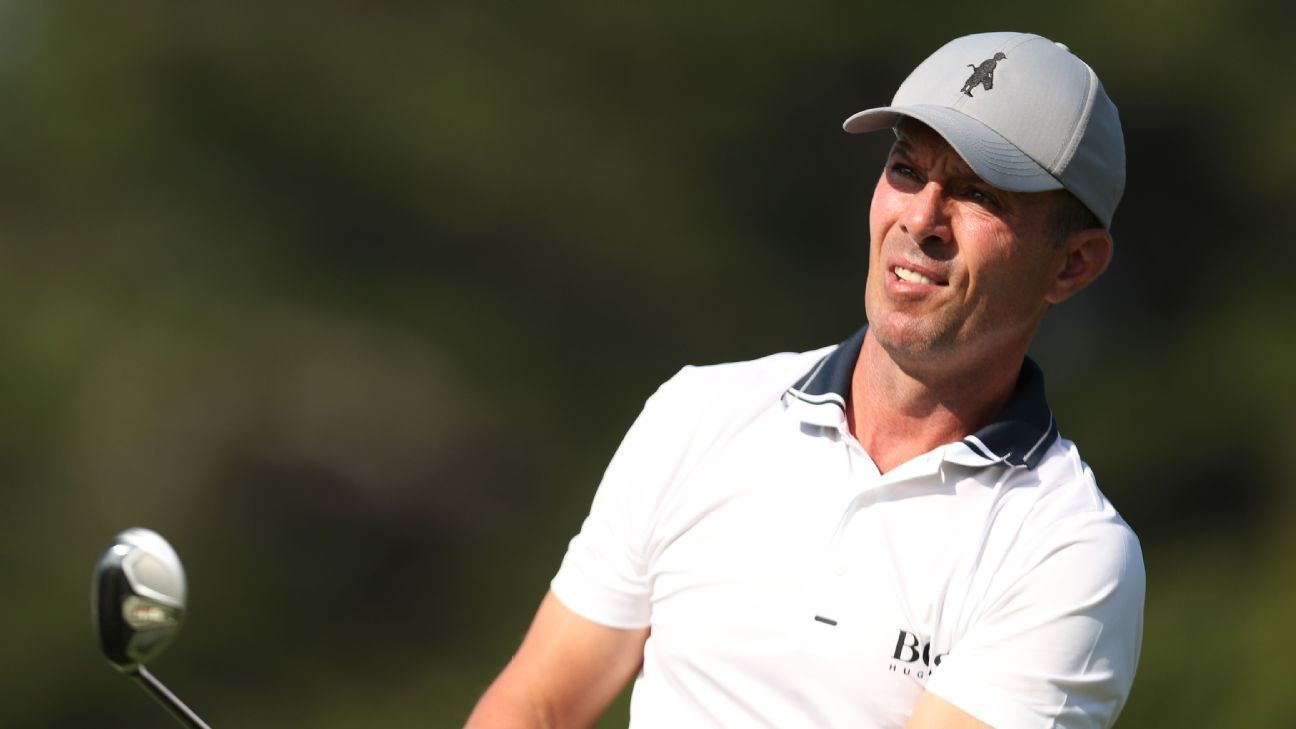 RICHMOND, Va. — A left-handed, 50-year-old former Masters champion was on top at the Dominion Energy Charity Classic after a long Saturday at The Country Club of Virginia.

But it wasn’t Phil Mickelson.

While Mickelson got most of the attention as he tries to open his PGA Tour Champions career with consecutive victories, Mike Weir was a little better on a 36-hole day after rain washed out play Friday.

Weir won the 2003 Masters for the biggest of his eight PGA Tour titles.

Fellow major champion Retief Goosen was third at 8 under with Brandt Jobe. They each shot 68-68.

Ernie Els, the 50-year-old former major champion coming off his second victory of the season last week in North Carolina, shot 72-66 to get to 6 under.

Jim Furyk, another 50-year-old former major champion who won in his first two senior starts, was 5 under after rounds of 71 and 68 alongside Mickelson and defending champion Miguel Angel Jimenez.