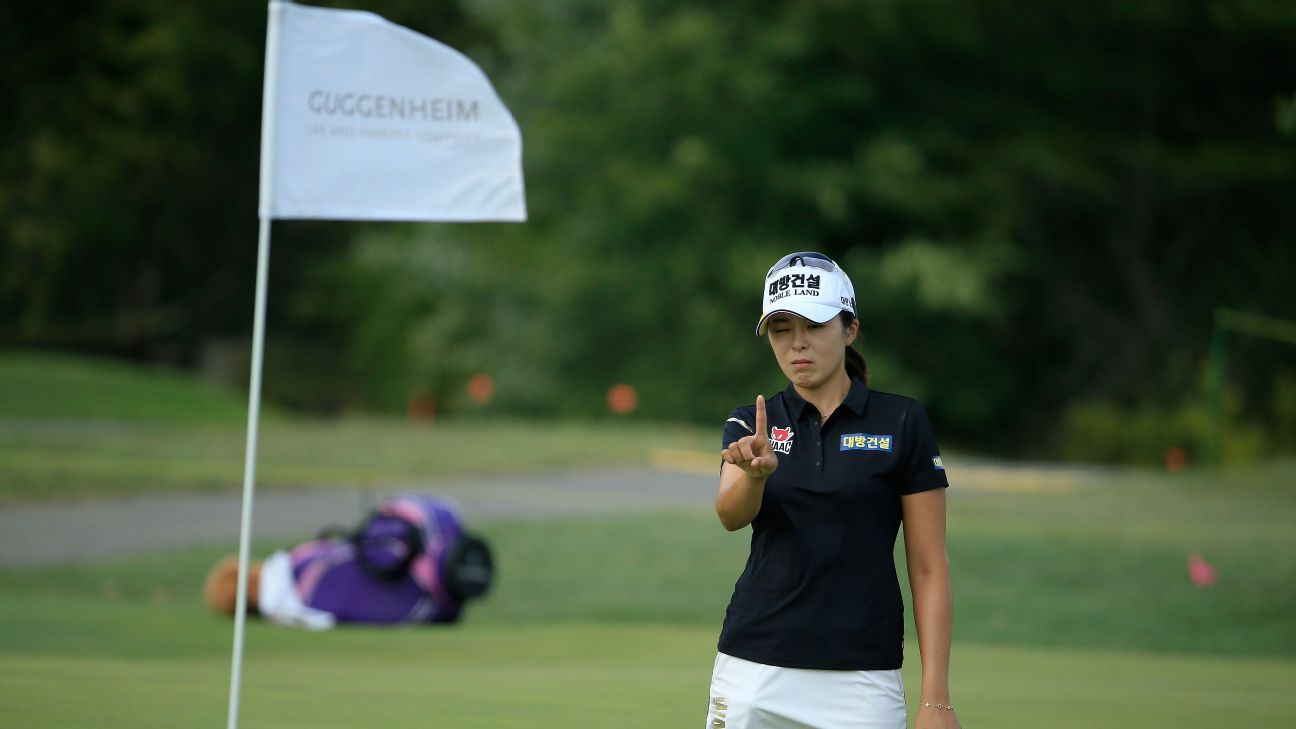 INDIANAPOLIS — Mi Jung Hur wanted to go wire-to-wire on the LPGA Tour for the first time, and she had the perfect formula Sunday at the Indy Women in Tech Championship.

She didn’t make any mistakes at Brickyard Crossing.

No one came close.

Hur closed with a 4-under 68 for a four-shot victory, her second LPGA Tour title of the year.

“After the third round, I was talking about that wire-to-wire because I never had that before in my life and I really wanted to do it,” Hur said on the 18th green after getting soaked by in a celebration. “And I did it. I’m so happy.”

The 29-year-old South Korean became the sixth multiple winner on the LPGA Tour this season. Jin Young Ko, a double major winner this year, has four victories. No one else has more than two.

Nanna Koerstz Madsen birdied her last two holes for a 67 to finish alone in second, the only drama in the final round. It was a big deal to Koerstz Madsen, who moved from No. 70 to No. 44 in the Race to the CME Globe.

The LPGA Tour has four events remaining — all of them in Asia — before the top 60 qualify for the season-ending CME Globe Tour Championship in Florida.

Marina Alex, in her first appearance since her Solheim Cup debut, began the final round two shots behind. Alex did not make a birdie until the 16th hole, closed with another birdie for a 72 and finished alone in third.

Megan Khang (68), Sakura Yokomine (68), Bronte Law (70) and Maria Torres (72) tied for fourth. Torres opened with three birdies in four holes to get within one shot. That was her last birdie, and she lost ground with three bogeys that kept her from moving up more in the Race to the CME Globe. Torres was projected at No. 70.

The lead down to one, Hur rolled in a birdie on No. 4 and closed out the front nine with another birdie to stretch her lead to five shots as everyone around her dropped shots at Brickyard Crossing, the course that has four holes inside the Indianapolis Motor Speedway oval.

Hur added a pair of birdies early on the back nine to put it away.

“MJ, when she plays good, she’s on fire,” Koerstz Madsen said. “So I wasn’t really thinking that I could catch her. I was thinking she’s going to go out and shoot 4 under or 5 under or something, so it was going to be really hard if I had to catch her.”

Hur won the Ladies Scottish Open in August, ending nearly five years without a victory. Now she has two victories seven weeks apart, and Hur hopes she is not finished. Among those celebrating with her on the 18th green was her husband. She was married in January.

“Yeah, had two wins this year with my husband already — first one was in Scotland and this one,” she said. “Hopefully, he is traveling more with me. There would be another good memory I can make.”