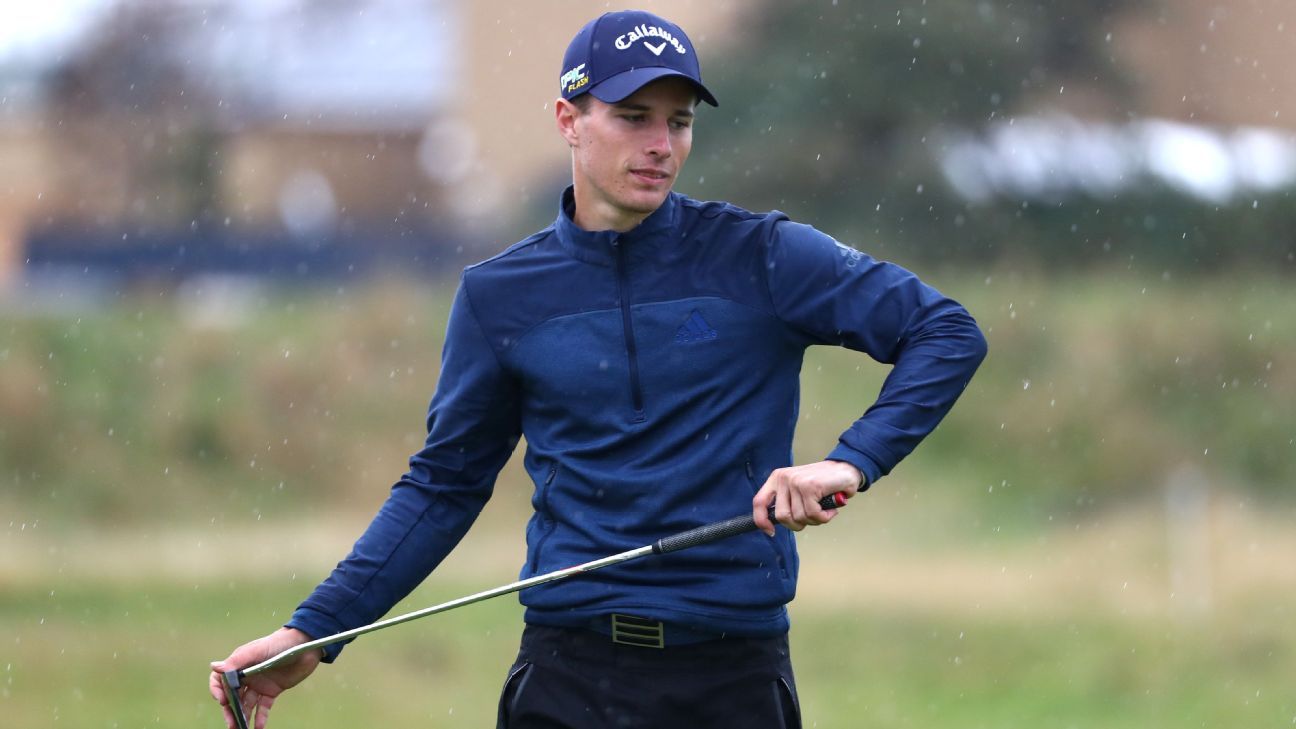 England’s Matthew Jordan carded a superb second-round 64 to claim a one-shot lead at the Alfred Dunhill Links Championship at St Andrews on Friday.

Jordan made five birdies and an eagle on the first eight holes in a bogey-free round and finished the day at 14 under after 36 holes.

The tournament is played over three courses, with one round played each on Carnoustie, the Old Course and Kingsbarns before the final round at St Andrews.

The 23-year-old Englishman made a splash on the European Tour in May when he carded a 63 after the first round of the British Masters. Jordan is looking for his second professional win this week having emerged victorious at the Italian Challenge Open in June.

During a day of low scoring, Jordan’s compatriot Matthew Southgate is one of three players who are one shot back, having made an eagle at the sixth at Kingsbarns on way to carding a second-round 66.

Sweden’s Joakim Lagergren carded the lowest round of the week so far as he shot an impressive 10-under-par 62 following a bogey-free second day. Scotland’s Calum Hill, 24, is also tied second at 13 under for the tournament.